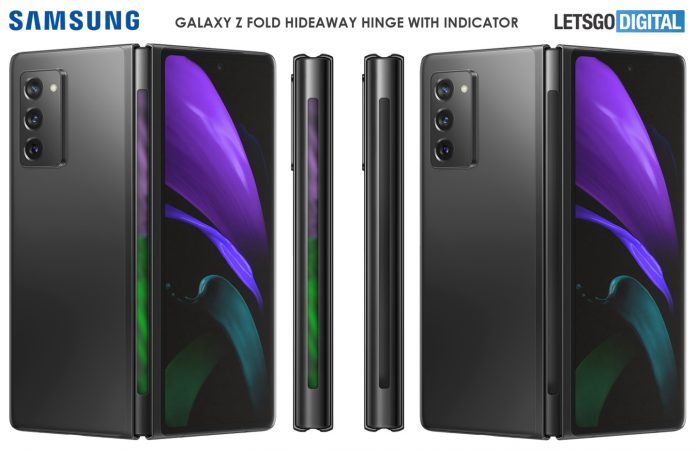 Fresh after learning that the Samsung Galaxy Z Fold 3 may inaugurate the selfie camera hidden under the screen, now we discover that the foldable phone will also get a… third screen. According to a new patent uncovered by Letsgodigital, the device coming in 2021 will adopt a sort of LED strip/mini screen right on the outside of the hinge.

This is going to be a “visual indicator”, placed outside the hinge, showing incoming calls, notification, weather info and more. The Z Fold 2 already brought novelty regarding the screen and hinge: hideaway hinge and bigger displays. The patent and renders mention a light indicator with 6 light modules and a new type of hinge cover, which may end up protruding even more. The light diffusion mechanism is also shown. The light emitting elements are mounted on the hideaway hinge and that one is a strip with LEDs, finished with a partially translucent cover. 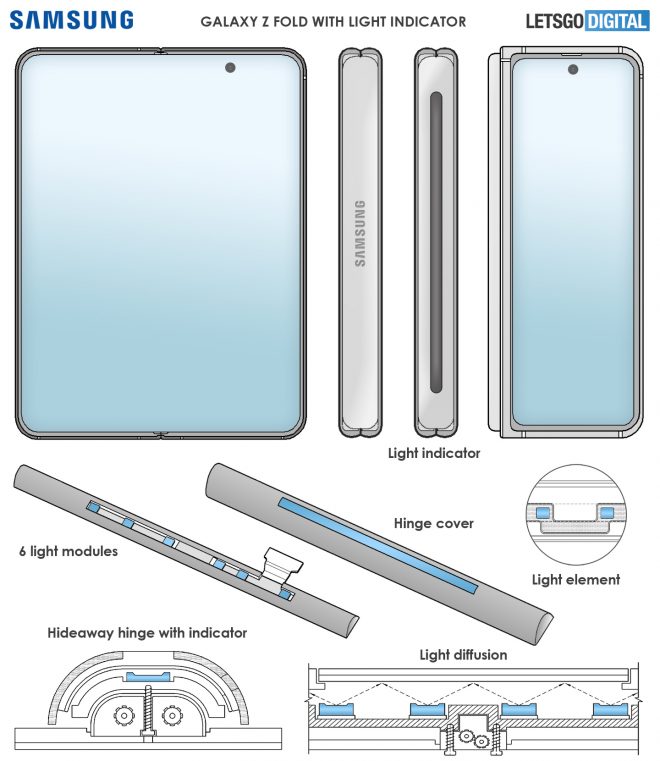 This way, the light modules will remain protected against external influences and the light is able to shine through the hinge cover. It covers red, blue, green and white light, which can be combined for visual and decorative effects. The light indicator notifies the users regarding incoming calls and messages. We’re not actually sure that this portion will end up a screen, or just a very small strip that lights up. To be honest, it sounds like it makes the hinge more vulnerable and thicker.

Also, a LED portion constantly smacked by the two sides coming together when the device unfolds seems prone to breakage. Sources have also been talking about a stylus for the next Z Fold, but I wouldn’t bet on it. It’s only the second half of 2021 when this device is expected to come up. Honestly I could do without the strip.

Samsung Foldable Tablet is a Thing now, Hinted at By Patents