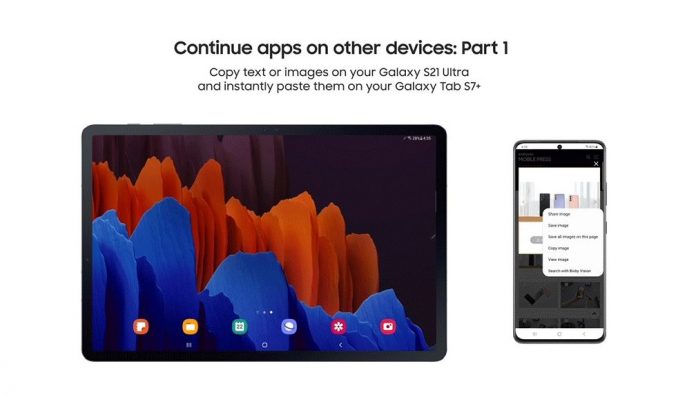 Not even two weeks after One UI 3.1 debuted with the Galaxy S21 series, the Samsung Galaxy Tab S7 series is now receiving the software update. It also brings some interesting novelty, like the second screen functionality and also the continuation functionality for smartphone interaction.

I’ll remind you that the Tab S7 series debuted in August 2020 with the Snapdragon 865+ CPU inside and also Android 10 and One UI 2.5. Now it gets Android 11 and One UI 3.1. The rollout has been confirmed in South Korea, but has also been spotted in parts of Europe. It takes up 2.4 GB of storage and it’s quite important. It introduces features like Private Share, also improved memory and performance allocation. Chat bubbles are also here and the most important new feature is definitely Second Screen.

It’s basically an answer to the Apple SideCar. It basically lets you use the Tab S7 or Tab S7+ as a second monitor or drawing pad next to some Samsung Windows PCs. The list is limited though: Galaxy Book Flex, Galaxy Book Flex Alpha, Galaxy Book Ion and Galaxy Book S, as well as the Notebook Plus. It could even work with the Odyssey gaming laptop from what I hear. You can also do copy/pastes on other devices, like the Galaxy S21. You can also start writing on the Tab S7 and continue a document on the S21 or viceversa. 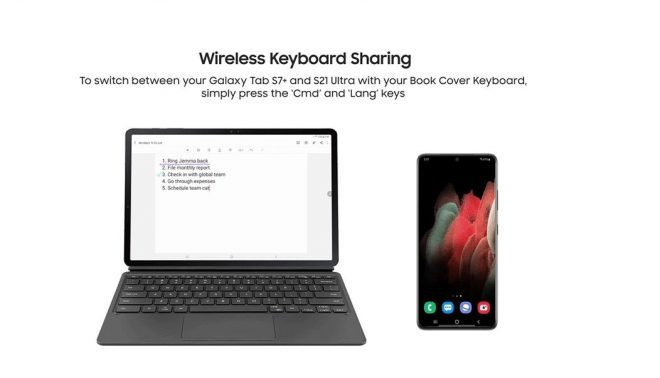 Wireless keyboard sharing is another new feature, which lets you use the Tab S7+ Book Cover Keyboard to write stuff on the S21 phones. Another novelty is the Auto Switch, which lets you switch automatically which device is streaming audio to your Galaxy Buds Pro. 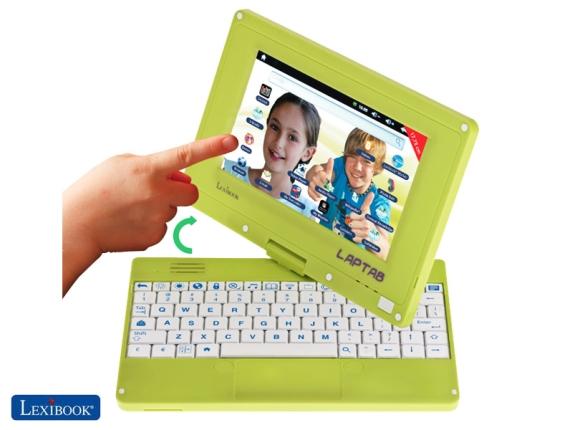 Lexibook Laptab Hybrid Laptop-Tablet is Created for the Little Ones