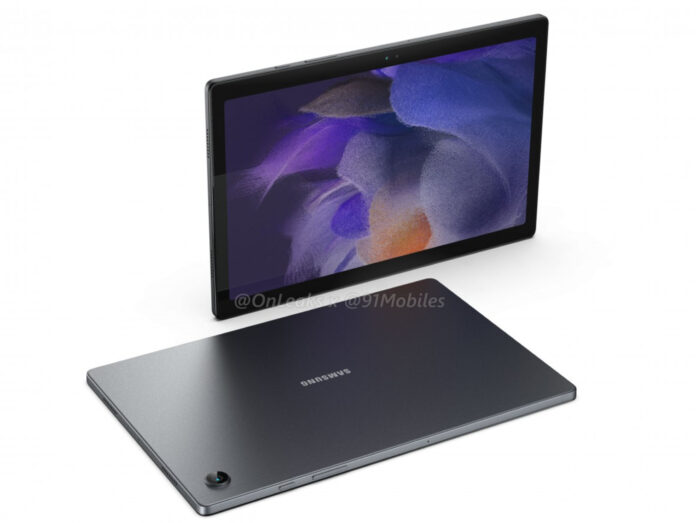 Samsung isn’t slowing anytime soon and now they’re prepping a new affordable tablet. Samsung Galaxy Tab A8 10.5 (2021) is incoming and it has leaked again this time with more specs and also with a price tag.

The affordable 10 inch tablet is supposed to arrive in October 2021 and it has already appeared in partial leaks. Now OnLeaks and 91Mobiles have a full specs list for the product. Priced at $260, the device uses a 10.5 inch IPS LCD display with a 1920 x 1200 pixel resolution and a 16:10 aspect ratio. Its refresh rate is 60 Hz only and we also get quad speakers with Dolby Atmos in the mix. The CPU is rather modest, an Unisoc Tiger T618, a 12 nm CPU clocked at 2 GHz and also accompanied by a Mali-G52 MP2 GPU and a LTE modem.

The tablet will also offer face unlock and we also get a side mounted fingerprint scanner. This product measures 246.7 x 161.8 x 6.9 mm, which goes to 8.7 mm in thickness with the camera bump included. The product will be available in Gold, Silver and Gray. The debut is scheduled for October 21st apparently.