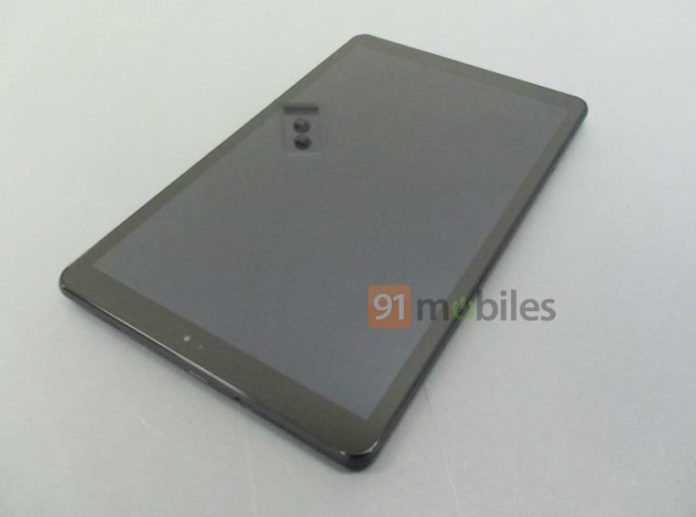 According to the folks of XDA, firmware for the Galaxy Tab A2 XL mentions a “wink_key”, which refers to the Bixby button on the Galaxy S8, Note 8 and Galaxy S9. It’s not very likely that this model will get Bixby Vision of the other cool features, but we expect the Galaxy Tab S4 to get them all. There’s no trace of fingerprint scanner here, but it could be integrated via a Power button on the side, apparently.

Other specs expected for this tablet are a Snapdragon 450 processor, a 10.5 inch 1920 x 1200 pixel screen and an USB Type-C port. The rest remains a mystery, but I expect something like 32 GB of storage maybe 64 GB, 2 or 3 GB of RAM, maybe even 4 GB. The metal body and generous battery are a given, judging by the predecessor.