While Samsung didn’t unveil the Galaxy Tab A tablet series at MWC 2015, that doesn’t mean we’re pretty close to a launch soon. It appears that the SM-P350, which stands for one of the models in the series has received FCC certification on March 15th. 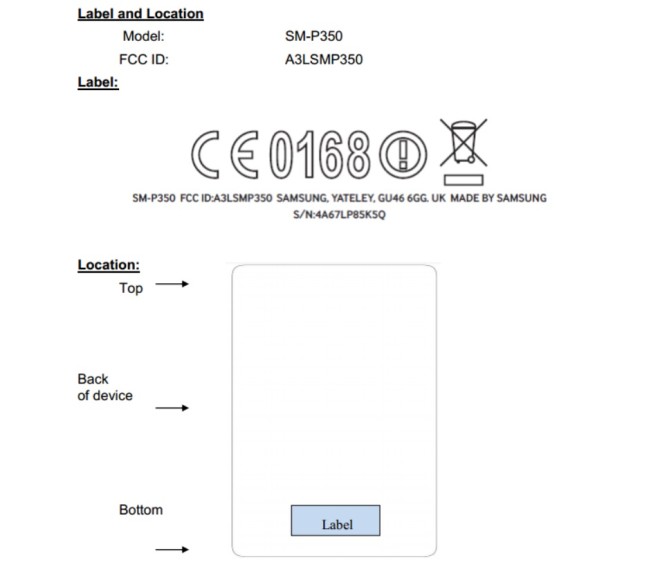 This model is said to be the Galaxy Tab A Plus, a WiFi only model with an 8 inch screen. Speculation also says it offers a 1024 x 600 pixel resolution and 4:3 aspect ratio, as well as a quad core Snapdragon 410 processor and 2 GB of RAM. There’s 16 GB of internal storage available, an S-Pen stylus is also in the mix, as well as dual band WiFi a/b/g/n and Bluetooth 4.0.

The slate will bring a 4200 mAh battery and a slim profile, that involves a 7.4 mm thin body. We’re dealing here with a WiFi only model, but Samsung’s plans include a LTE version coming later on and codenamed SM-P351. What are your price expectations for this unit?