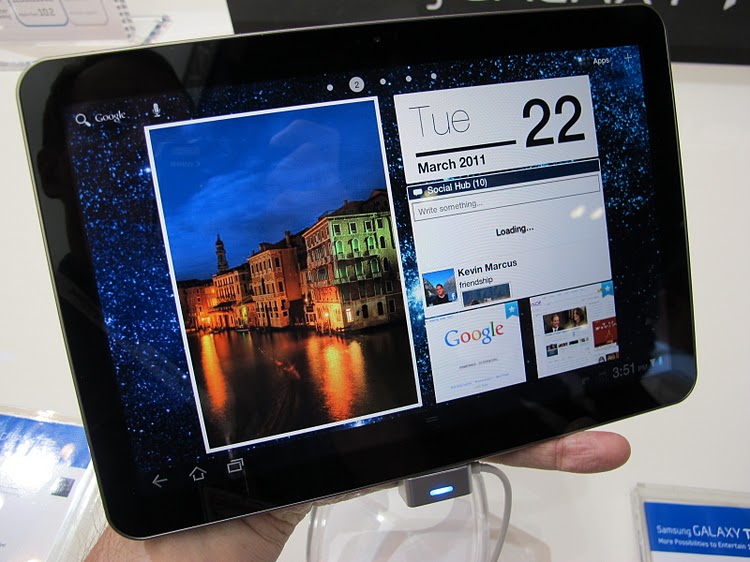 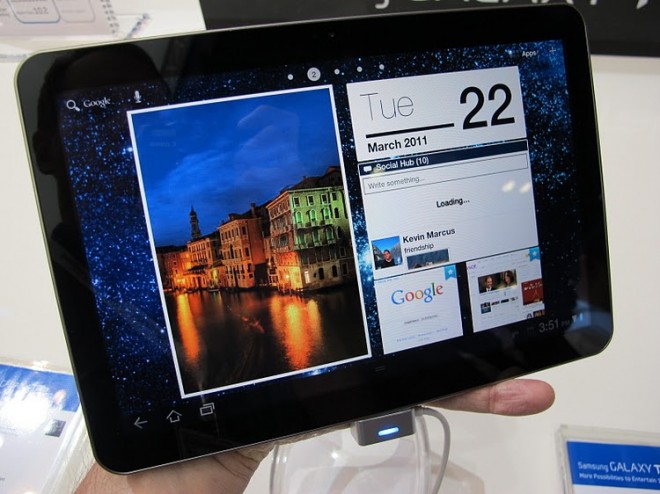 The Galaxy Tab 8.9 is now the thinnest tablet on the market, at a mere 8.6mm, even thinner than the 8.8mm iPad 2. The slate only weighs 470 grams, once again less than Apple’s latest toy. Samsung’s new Android device supports a 1280 x 800 pixel resolution and relies on a 1GHz dual core CPU. As far as storage is concerned, the device gets 16 or 32GB of storage, also supporting up to 32GB in microSD extra storage. 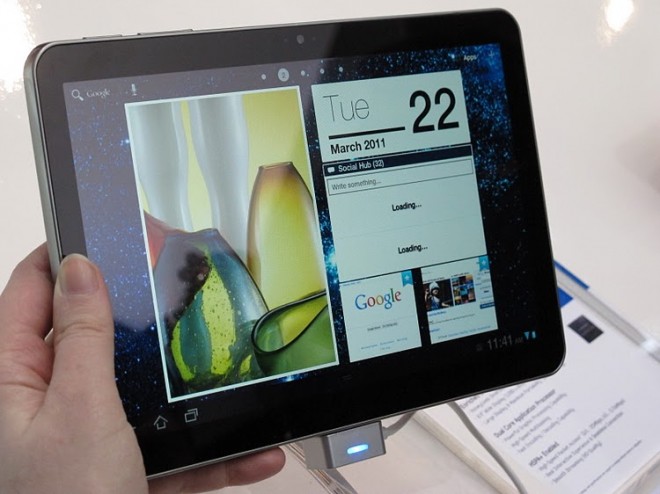 There’s also a 6000 mAh battery on the specs list, that will provide 10 hours of playback. As far as cameras are concerned, Samsung Galaxy Tab 8.9 comes with a 3MP one at the back and a 2MP front camera, capable of video chat. The rear photo module does 720p recording and moving on to the connectivity, you get WiFi 802.11 a/b/g/n, USB 2.0 and Bluetooth 3.0. Future versions will also have HSPA+ and 4G. 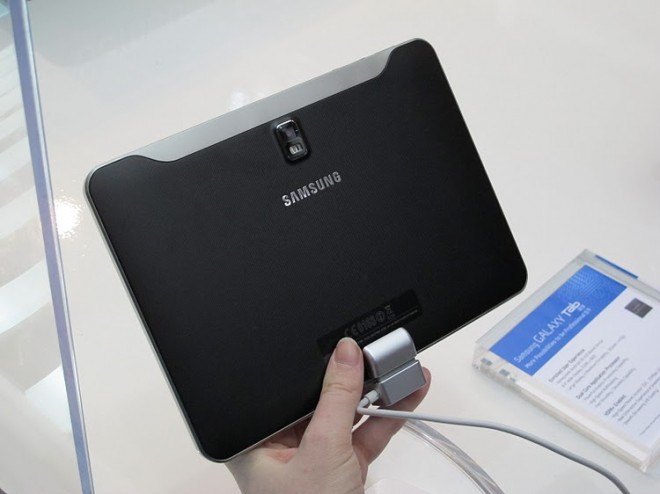