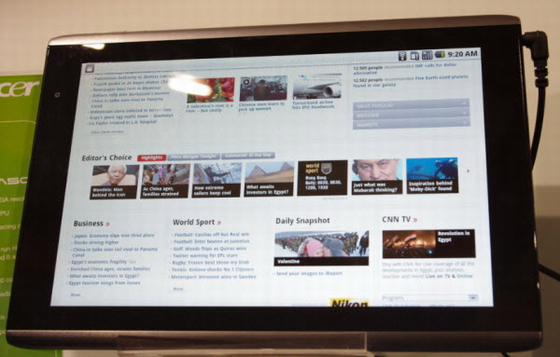 With Sprint’s many launches yesterday at CTIA, AT&T had to reply, so they announced a 4G Honeycomb slate, the Acer Iconia Tab A501. This device runs Android 3.0 and it’s AT&T’s version of the Iconia Tab 500, that will soon be launched by Verizon. You can learn more details about the slate’s specs in the following lines.

Iconia Tab A501 comes with a 10 inch display, dual core Nvidia Tegra CPU, a 5MP camera at the back and HDMI out. There’s also a 2MP camera upfront, if you want to videochat. No images were provided by AT&T for the A501, but it should resemble the A500. The device will arrive this summer, but there’s no price of clear launch date for the tablet just yet.