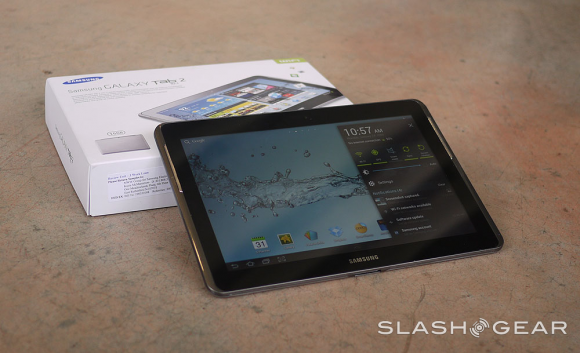 The folks of Slashgear were lucky enough to get their hands on a Samsung Galaxy Tab 2 10.1 unit and they reviewed it. The device features a 10.1 inch display, front facing speakers and basically the same specs as the previous Samsung Galaxy Tab 10.1, but the selling points are different.

The tablet is marketed differently and it also comes with a different CPU. The Tegra 2 dual core unit has been swapped for a TI OMAP4 dual core CPU from Texas Instruments. The 3.2 megapixel camera is only described as… present on the device and good enough to take your average Twitter and Facebook pics. We also learn that this slate is made specifically for watching and transmitting media, so the low benchmark scores can have this as an excuse. I can see that the Galaxy Tab 2 10.1 is in the 2000 points range in Quadrant, for example, which is basically half of the performance of the HTC One X for example.

This device also has an infrared feature, allowing it to change television channels, if that’s your thing. As far as the battery life goes, the device lasts as long as the other Galaxy Tab family members, so you’ll get about 8 hours of use from it, with lots of video playback in the midst. In the end Slashgear reminds us that this is a mere $100 discount from the newest iPad and the Galaxy Tab 2 10.1 can’t even be considered an iPad rival, since they’re not in the same product range. More info in the full review in the source link! 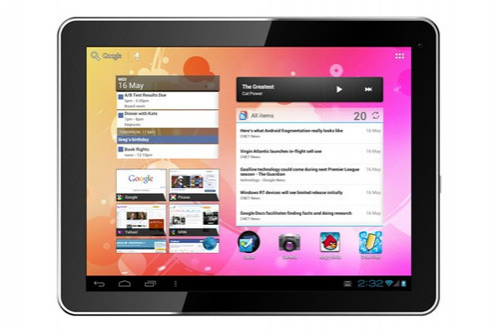