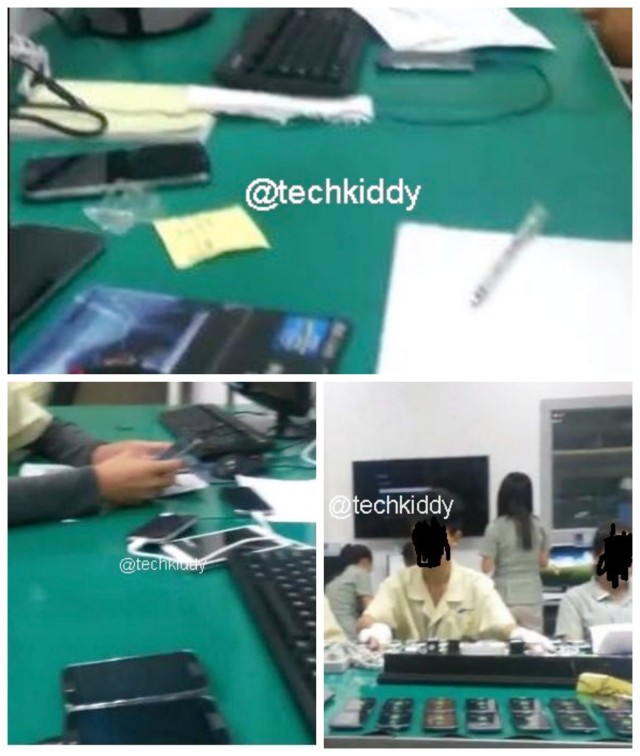 After yesterday’s sketches of the Galaxy Note III today we spot some fresh hands on pictures of the device, coming straight out of the Samsung Testing Center, if the source is to be believed. The device seems huge and reminds me more of the Xperia Z Ultra than a Galaxy Note.

I’m not sure what the big white device there is, with its slim bezel and I feel a temptation to call it an iPad Mini…The specs list of the Note III has changed again, this time including 3 GB of RAM, that doesn’t quite surprise us, especially after hearing that the Nexus 7 2 may come with as much as 4 GB of RAM.

We’ve also got LTE-A on board, the rumors talk about a Xenon flash associated to the 13 MP camera and Android 4.2.2 or even 4.3. There will be 4 versions of the Note III, apparently: a premium one with metallic chassis and flexible OLED (?!), a Full HD Super AMOLED one with plastic body, an European one with plastic body and Full HD LCD screen and a cheap version for India/China with full HD AMOLED and 8 MP camera, plus cheaper case.