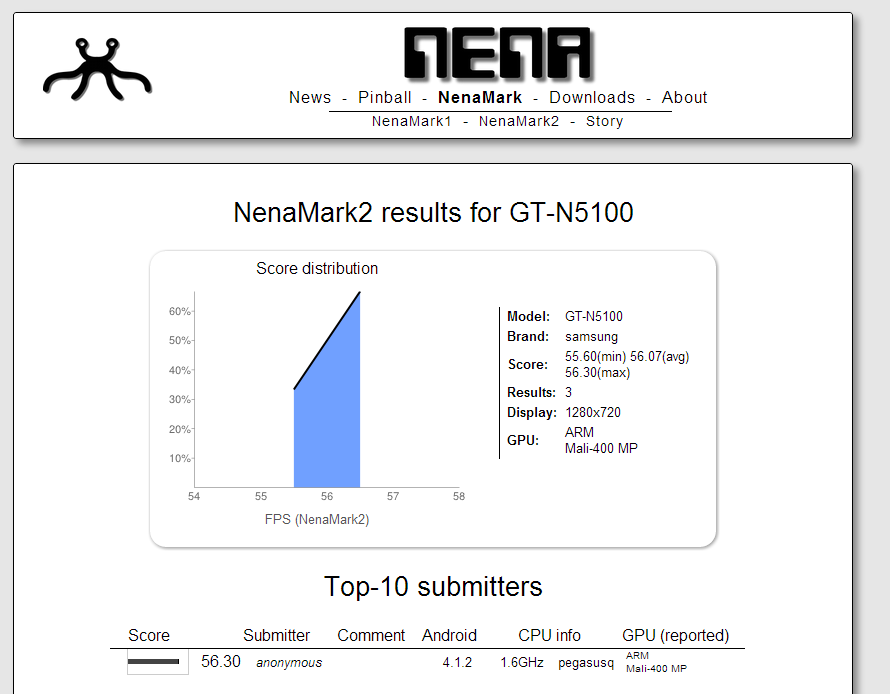 While in 2011 Samsung wasn’t at all shy when it came to launching a huge number of tablet formats, like the 8.9 inch, 7.7 inch and various 7 inch models, this year they held back from such releases. But who’s to say that the future won’t bring us more models that fit in between the current products? One of them could be the Samsung Galaxy Note 7, a device we’ve been hearing rumors about for a while now. 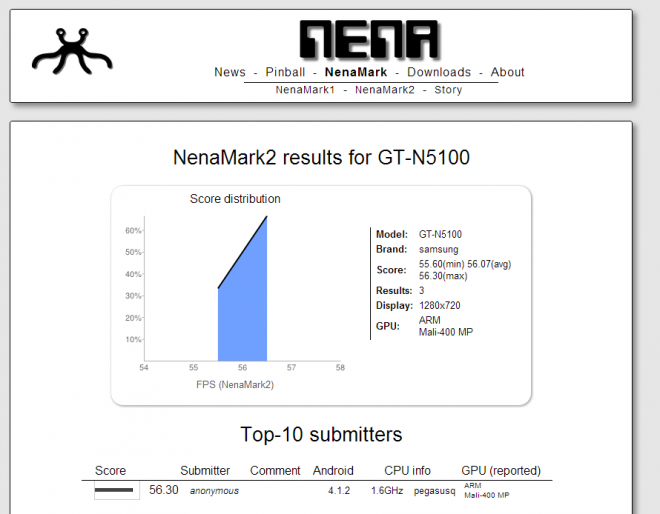 The mystery codename Samsung GT-N5100, that seems associated to the device has appeared again. The tablet has received WiFi certification back in September and over the past months we’ve seen bits and pieces of info related to it. We’ve also seen a picture taken with its camera and now there’s a benchmark detailing other feats. The GT-N5100 scores 56 FPS in the NenaMark benchmark and it appears to have a 720p screen, an Mali 400 MP GPU and an Exynos 4412 CPU at 1.6 GHz, according to speculations and leaks.

The OS of choice is Android 4.1.2 Jelly Bean and we expect this model to debut sometime during the following month, most likely at CES 2013, or at MWC 2013 at the latest. Since this is a Note model, the S Pen should be included and we wonder if the Sammy will go with the Note 10.1 multitasking or the one of the Note 2.