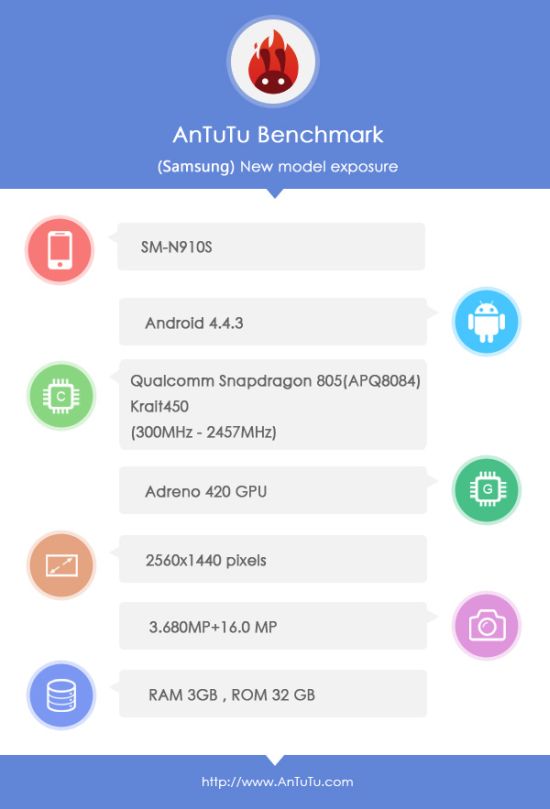 Recently, Samsung Galaxy Note 4 showed up in the AnTuTu benchmark database. This test reveals some of its specs. As you may know, this phablet will be officially launched in september at IFA 2014 in Berlin.

Among its main specs we notice a Quad HD display, a quad-core Qualcomm Snapdragon 805 processor or an octa-core Exynos 5433 SoC, an Adreno 420 GPU, 3 GB of RAM, 32 GB of internal storage, a 16-megapixel main camera and a 3.6 megapixel front-facing camera. 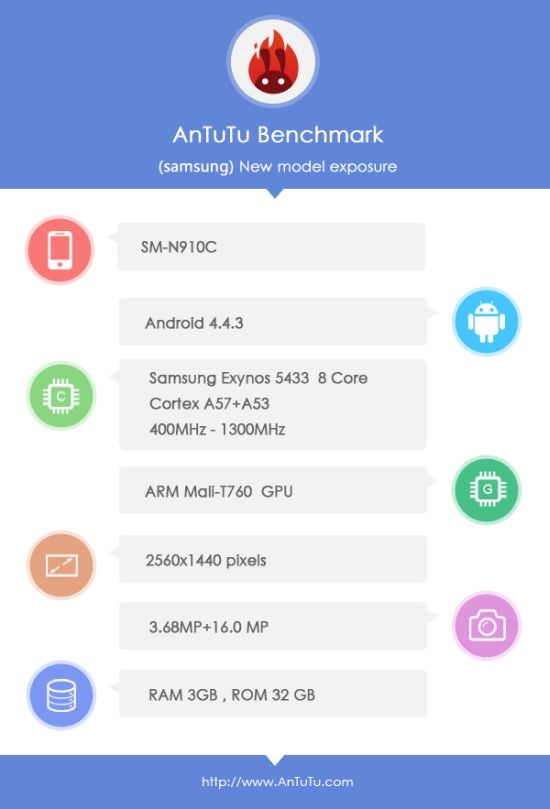 As we found out yesterday, Samsung Galaxy Note 4 could have a retinal scanner, as Samsung suggest on its Twitter official page. Yet, is still unknow if this phablet will pack a technology like this or if is something we’ll see in the future.