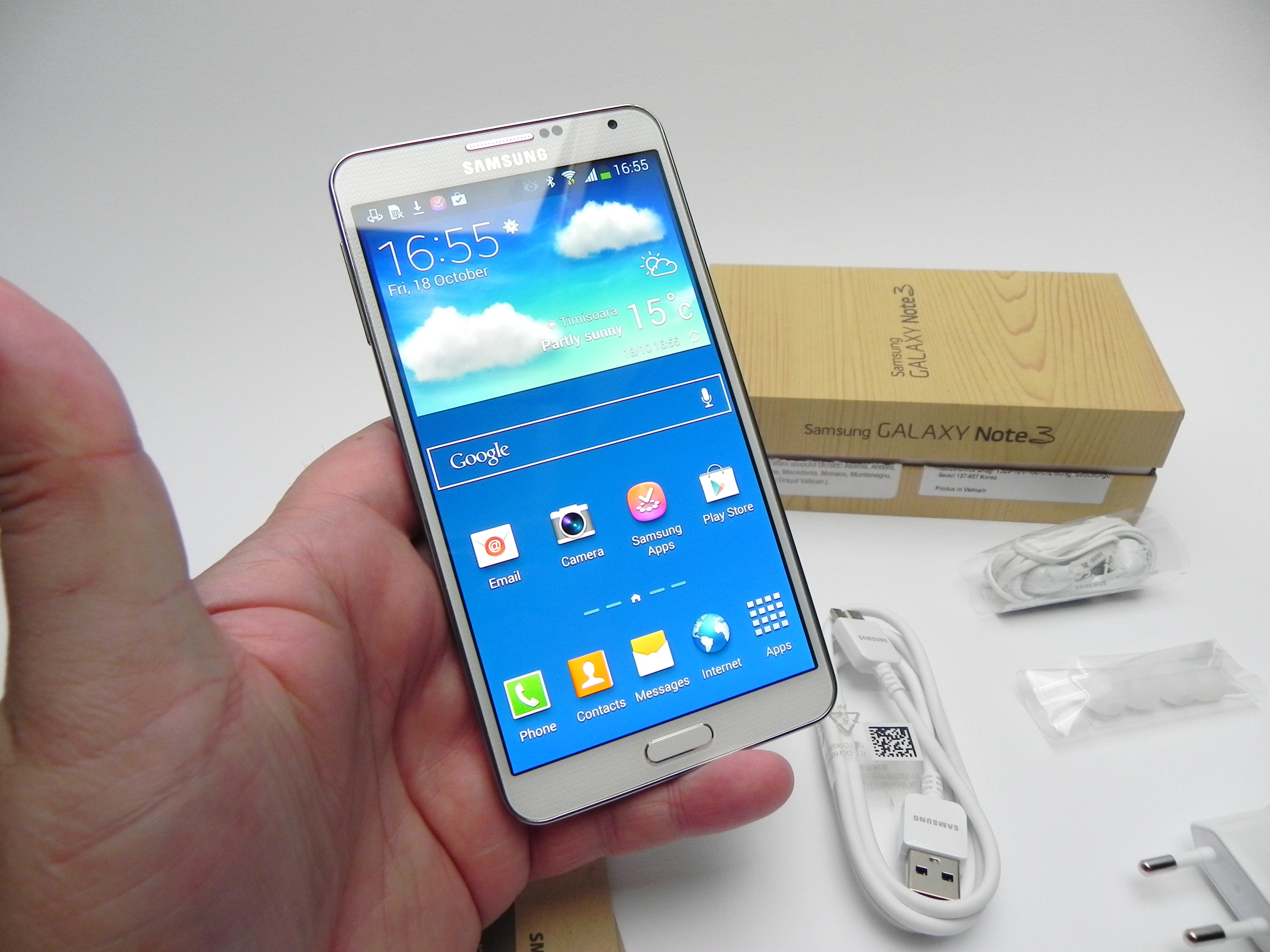 Samsung Galaxy Note 3 is the most powerful Android you can find on the market right now and with such a beast let loose, we had to see for ourselves just what is it we’re dealing with here. And boy were we impressed… that’s why we unboxed the device below. 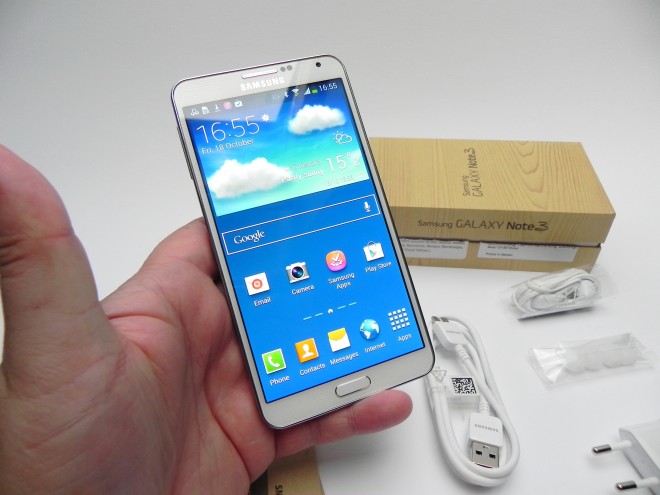 This gadget was launched early last month at IFA 2013 in Berlin and it’s a 5.7 inch phablet with a price tag of $699 on Amazon without contract. It measures 8.3 mm in thickness, weighs 168 grams and comes with 2 interesting aspects. One of them is the placement of the microSD card slot on top of the microSIM, under the hood. The other is the microUSB 3.0 port with MHL 2.0, placed at the bottom.

This port is also compatible with the microUSB 2.0 standard, but it adds an extra bunch of pins for extra speed. This phablet integrates an S Pen at the back and speaking of back, that’s where the device gets a look change, with a fake leather area with extra grip and even some sewing imitation. The specs of this device are impressive, including the 3 GB of RAM and the quad core Snapdragon 800 processor, as well as the 13 megapixel camera with 4K video capture. 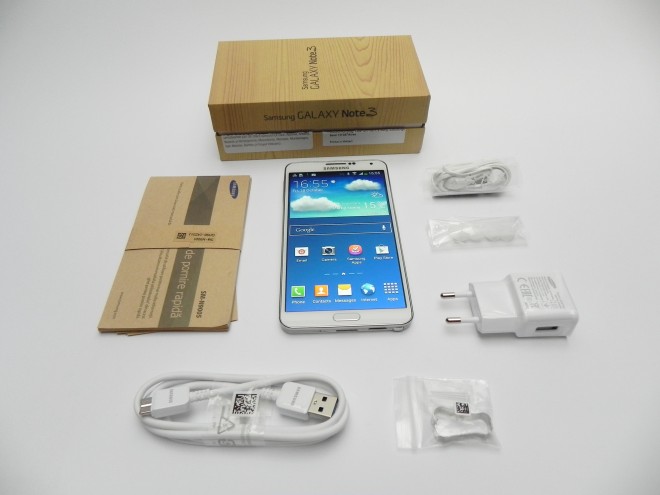 Inside the box of the phablet we find a bunch of headphones, USB cable, headphone plugs, manuals, an accessory to help change the S Pen tip and that’s about it. Galaxy Note 3 runs Android 4.3 and packs a 3200 mAh battery. Its case is all plastic, in spite of the side metal imitation and back leather imitation. We’ll be back with a ton of details in a very details review. 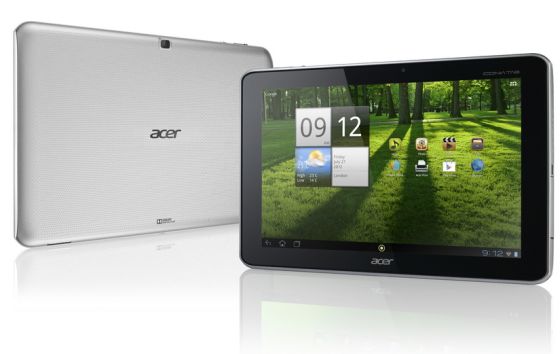