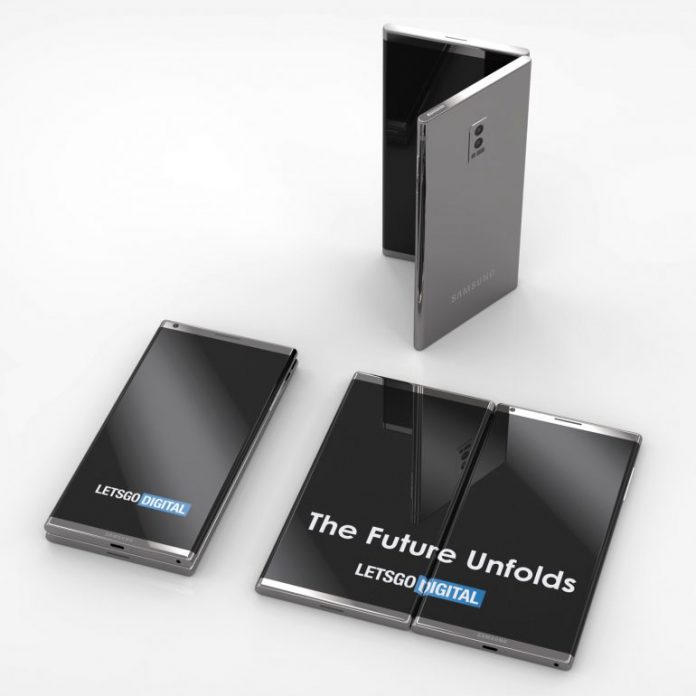 Letsgodigital.org is back with new renders for the Samsung foldable phones, that are now said to be showcased at MWC 2019, after their presentation on February 20th. That’s when the Galaxy S10 also debuts. Till then we have new renders of the device, courtesy of the same source, inspired by new patents.

The renders shown here are quite a bit different compared to the SDC 2018 unveiling and all the recent leaks and promos. This time the device is shown with two separate body parts, unified by a hinge. It’s closer to the ZTE Axon M, rather than the FlexPai. The result looks more like two regular Samsung phones united by a hinge, rather than a tablet split in two. 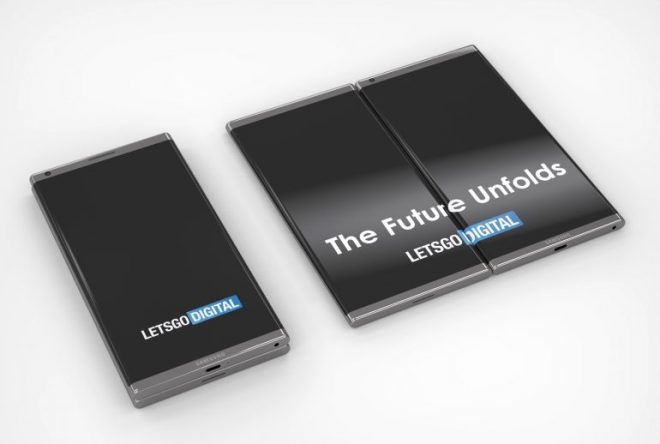 The writing continues from the screen to its curved edge and then to the next screen. We also see a front camera here and non existant side bezels. Somehow an audio jack makes the cut, unless that hole at the bottom right is for something else. The two screens are shown side by side and also one behind the other. It’s clear that only one of the parts is the main one, since it integrates an earpiece. 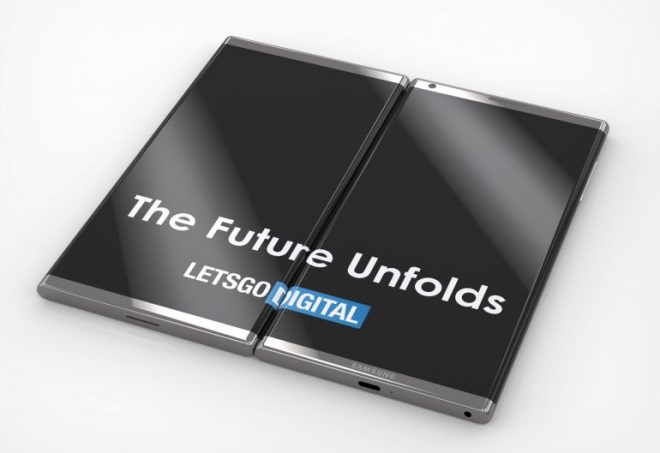 While the device will be announced on February 20th, it’s very likely we won’t see it showcased till next weekend at MWC 2019. These 3D renders are bawed on a new design patent published on February 12th by the USPTO and submitted by Samsung.

Samsung Galaxy Fold Lite May Cost Under $1100, As Foldables Get Cheaper 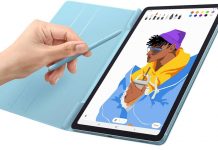 Samsung Rumored to be Working on Galaxy Tab Active 2 Tablet,...