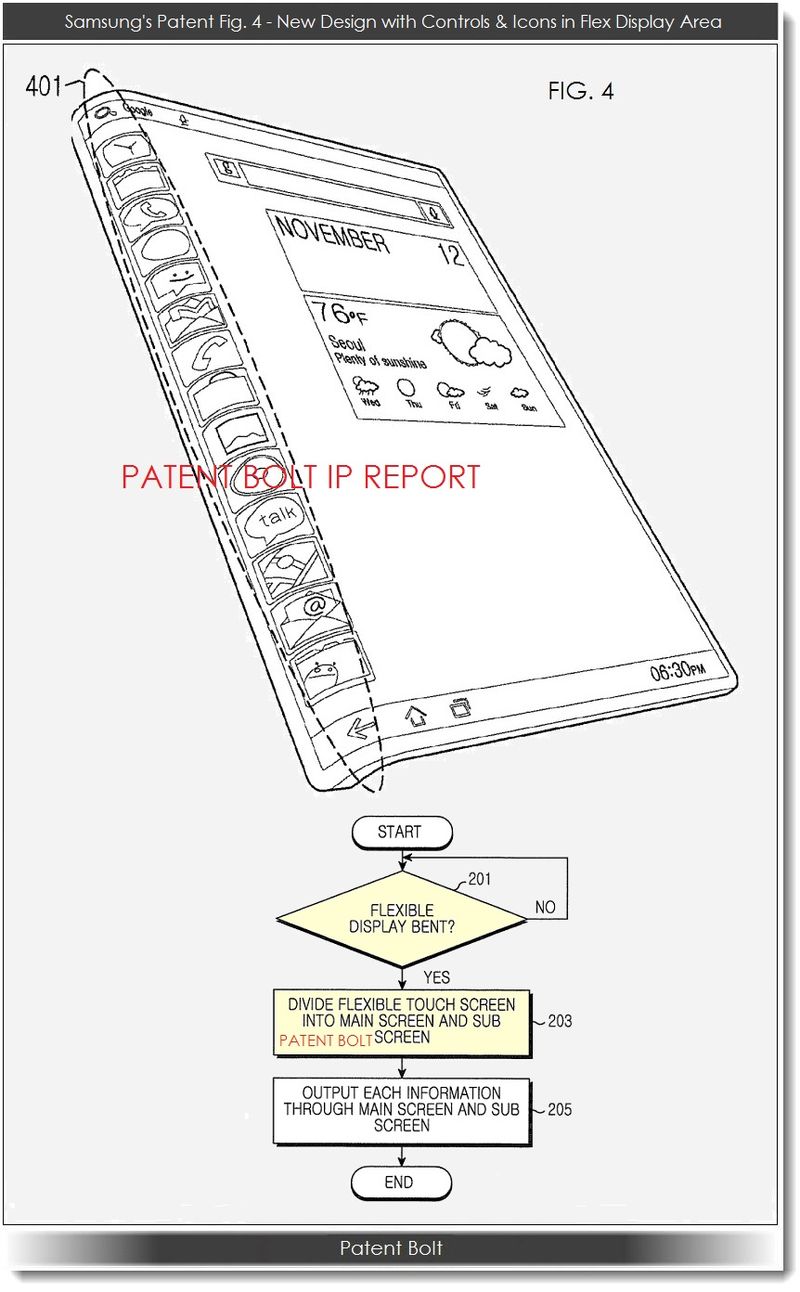 Samsung has a bunch of flexible screen patents out there, some of which may be an indication of what’s coming in the future. We’re talked about new interfaces and flexing screens on devices like the Youm and now we’re talking about sub displays. 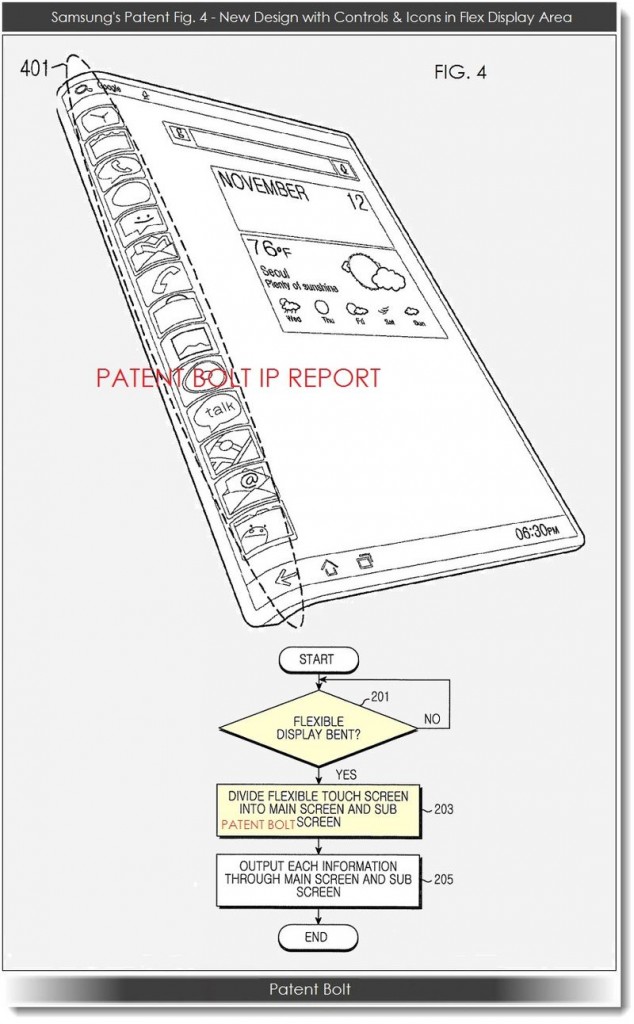 This is part two of a patent analysis from Patent Bolt, that handles flexible screens and in this case a sub display. The idea is still the one of a bendable display, but it includes one more screen, probably placed to the side or the lower area of the slate. It’s expected that the second screen will have an adiacent role, compared to the main screen.

This means it will show options and icons or secondary information like the time, notifications, incoming calls, weather and such. There have been attempts at making dual display devices from the likes of NEC, Sony and such, but they have been failures. Will Samsung do better? 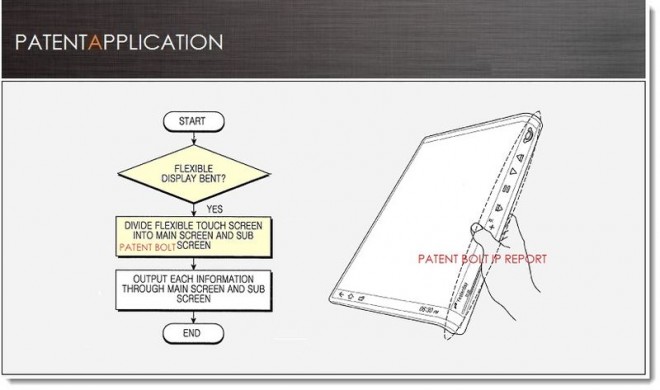 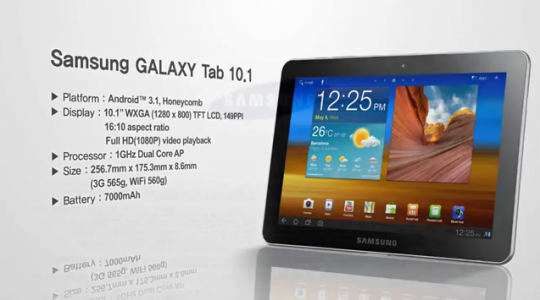