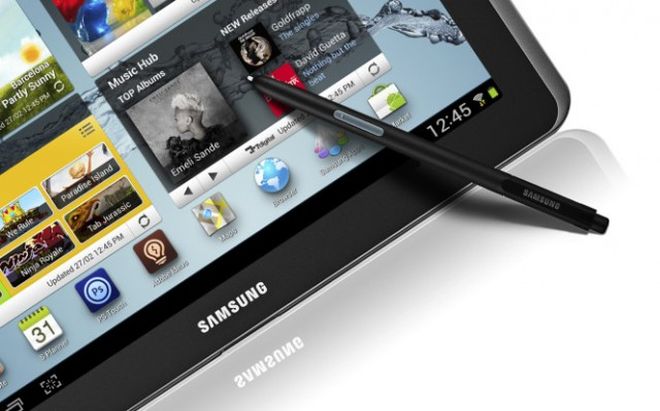 One of the most highly anticipated events of the year is the Mobile World Congress due next month in Barcelona. It is the mobile devices manufacturer’s playground, particularly Samsung as one of the top players in the business. The Koreans are expected to further expand their Galaxy Note line-up and announce their flagship smartphone soon.

Sammobile  has gathered that vice president for Samsung Mobile Mr Shin stated for a Korean news website that the  8 inch Galaxy Note 8.0 will be officially introduced at MWC next month. The device product code GT-N5100 will feature Android 4.2 Jelly Bean in a 211.3×136.3×7.95 mm , 330 grams casing. The device will be packing a 1.6 quad-core Exynos chip with 2 GB of RAM and 16 to 32 GB internal storage options, including a micro SD card slot for expansion.

Mr Shin also made a statement about the next Samsung flagship smartphone – the Galaxy S IV. According to his statements, the smartphone will be officially introduced “soon”. Latest rumors state that the device will feature a Full HD display in a thin and light casing, running Android Key Lime Pie and with the most powerful hardware configuration to date. It is surely a device worth waiting for.