MWC 2015 is the only event to keep an eye out for following CES 2015, so this week we came across a very interesting Qualcomm showcase, focused on the Snapdragon 810 processor. On this occasion we also saw its first benchmarks and also saw reference design phones and tablets with the CPU on board. 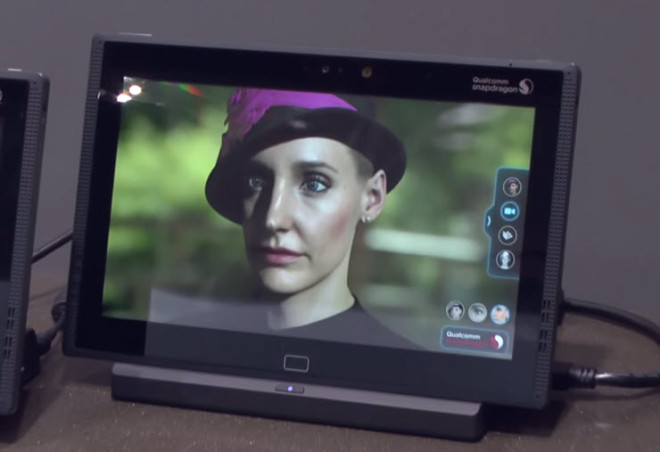 There were benchmarks available for the chipset powering 2K devices and even 4K models. We remind you this is an octa core 64 bit processor, with 4 Cortex A53 cores and 4 Cortex A57 cores. It appears that on a 4K resolution device, the Snapdragon 810 scored in the range of 55k points in AnTuTu, beating the famous superpowered MediaTek MT6595 on the Meizu MX4.

This is about 200/1000 points below the Exynos 7420 and finally GFXBench brought a score of 47.4 FPS in the T Rex offscreen test 1080p, that if I remember correctly was bested by the iPad Air 2 and its A8X chipset.