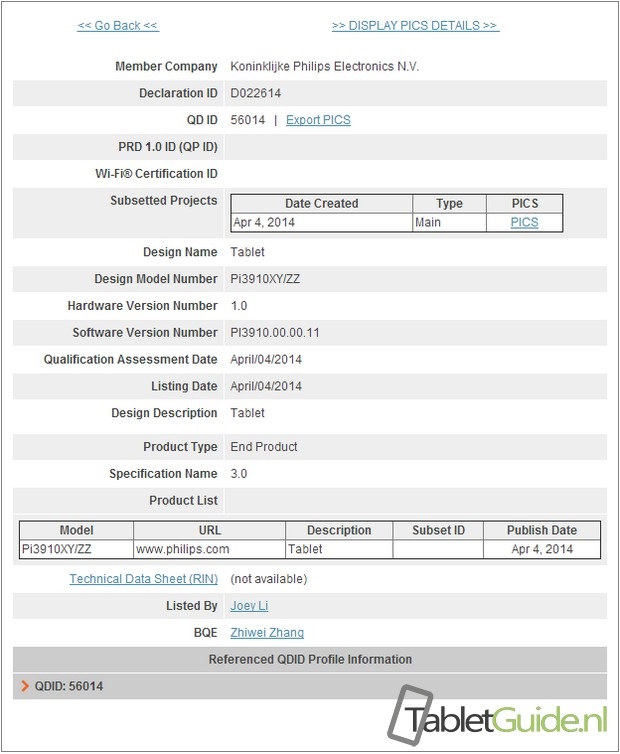 As we may know, Philips has already launched some tablets in Asia, devices that unfortunately didn’t arrived in other countries. This time, it seems that Philips it’s developing a new tablet that will arrive in Europe too, as we can see in the picture below that the device received Bluetooth certification for the dutch Philips headquarter.

This new slate it’s named Philips Pi3910XY/ZZ and recently it showed up in the Bluetooth database, an entry filled on April 4. While the rest of the specs remain unknown, there’s one thing for sure, the tablet will come with Bluetooth 3.0 connectivity.

One of the latest Philips’s tablets it’s the Philips Amio slate, a device that didn’t arrived in European stores. It remains too see when this new device will show up in some leaks or specs list.

Philips S711L is a 7 inch Huge Phone, With a Huawei-Style Design, Just Certified by TENAA 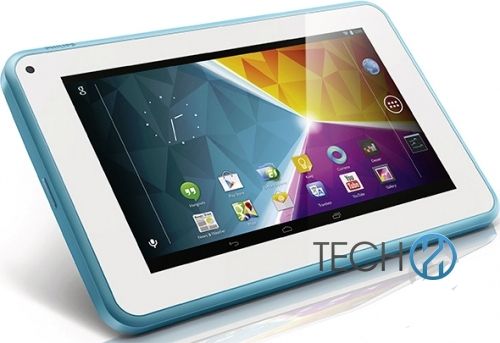 Philips and Mediq Announces VISIQ; The World’s First Tablet that Can...