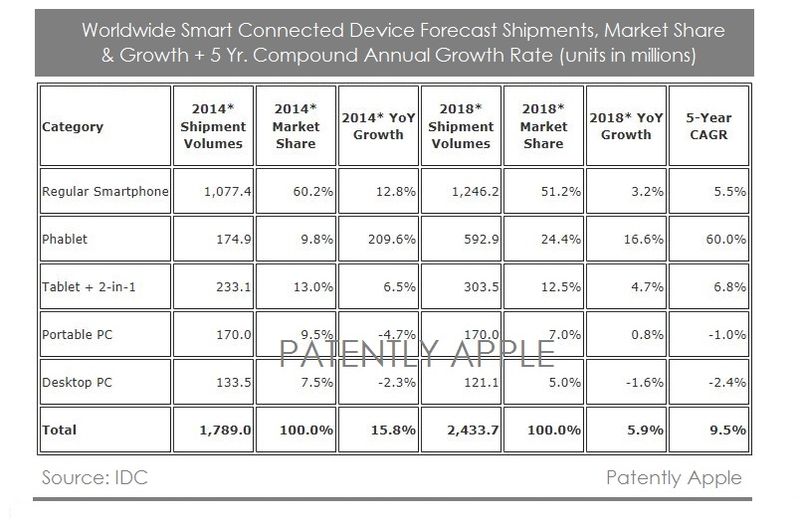 As Samsung introduces its Note Edge these days, it’s clear that formats are changing and even the most unlikely of devices are here now. This will include an Apple phablet sooner or later and the Cupertino company is expected to have a great impact on the whole phablet segment in 2015. 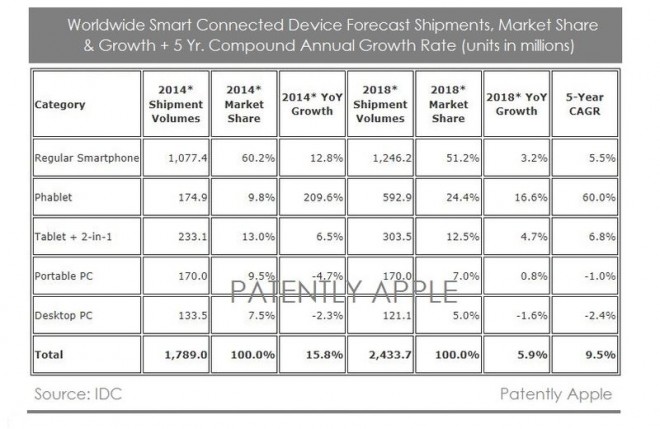 A new IDC forecast shows that worldwide phablet shipments will reach 175 million units this year and top 318 million in 2015, which is quite an evolution. In 2014 IDC predicts that smartphones are about 70% of the total market and by 2018 the numbers will go to 75.6%. Apple is expected to release a 5.5 inch version of the iPhone 6, complete with the same specs as the 4.7 inch model.

That may happen next Tuesday or maybe in 2015, judging by all the rumors quoting production problems. The stats mentioned above also show that customers in the US and Western Europe are likely to own a PC, smartphone and tablet at the same time, but the size of the smartphone diagonal is increasing. While Samsung added an extra bit of display on the side with the Note Edge, Apple are expected to take a more straightforward approach with its products.