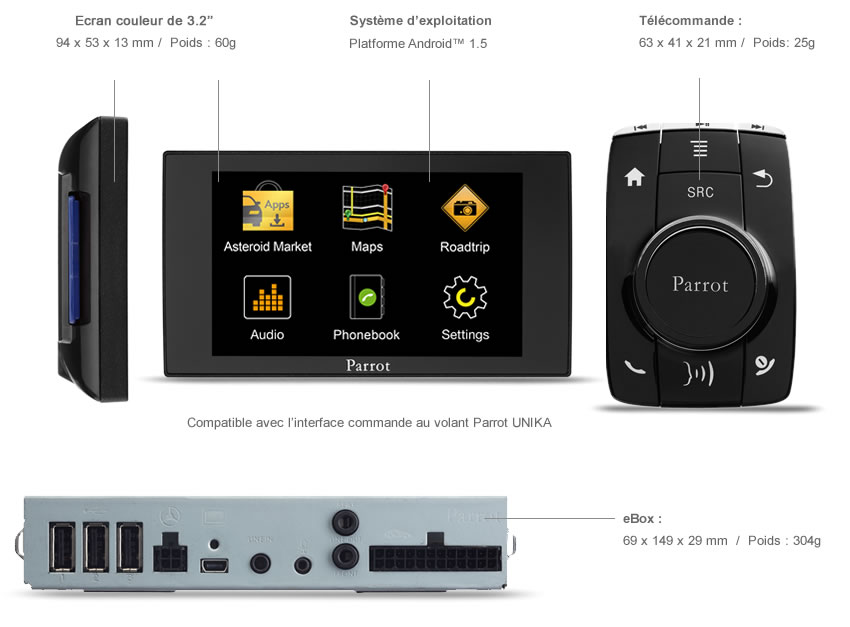 Parrot is a company usually known for its GPS systems, but some of their new products are pretty close to tablet status. They recently teased on Twitter the Parrot Asteroid Mini, Tablet and Smart units, coming to stores soon. Parrot Asteroid Mini can be seen in the picture below and it comes with a 3.2 inch display, Android 1.5 and it weighs just 60 grams. 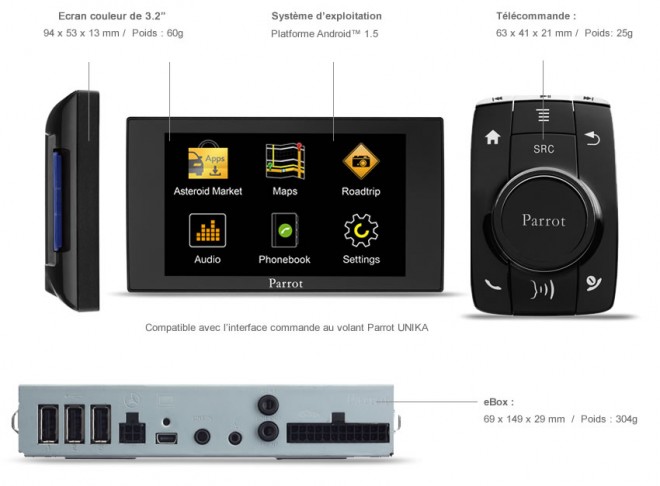 It also has a remote, that weighs 25 grams and has a bunch of Forward/rewind, Home, search buttons. The device supports simultaneous connection to two handsets via Bluetooth, vocal recognition, automatic music syncing and pairing with up to 10 phones. It’s also compatible with iPods via cable and supports formats like MP3, AAC, WMA and WAV. The device’s amplification system is a MOSFET 4 x 40 W one with Virtual SuperBass 2.

Asteroid Smart is on the higher end area of the device collection, with a 6.2 inch multitouch display and Android 2.3 as the OS. It also has WiFi, 4 USB ports, support for 3G/4G via USB dongle and advanced vocal recognition. It  has Internet radio and Virtual SuperBass 2 and Sound Stage 2 technologies. 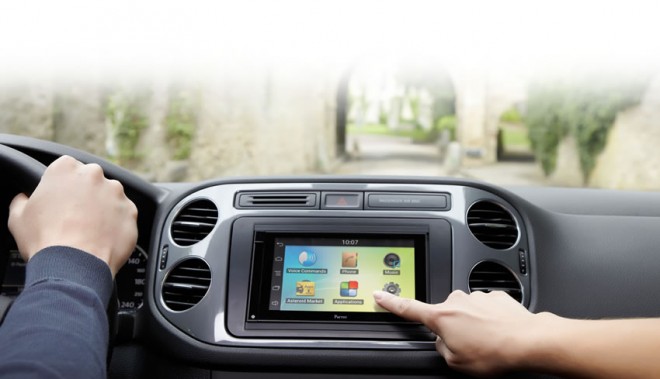 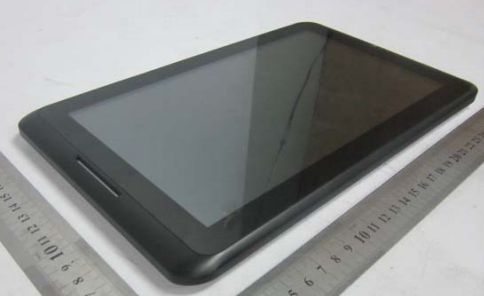 Hena Android 4.0 Tablet Tested at the FCC, Specced Too