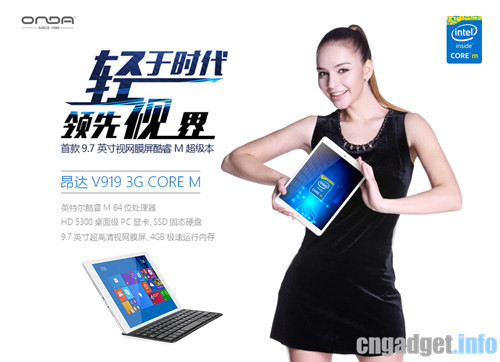 When Intel Core M was announced a few companies stated they were very excited by this CPU and claimed they are prepping fanless design devices to debut based on it. We haven’t seen that many launches since then, but today we come across the ONDA V919 3G model, with such a CPU inside.

This is supposed to be a bit of a premiere, since it’s the first Core-M powered tablet that uses a 9.7 inch screen with a 4:3 aspect ratio. Priced at $322, this model relies on a 9.7 inch IPS display called “Retina” here and offering a resolution of 2048 x 1536 pixels. The chipset used on this slate is an Intel Broadwell Core-M 5Y10c unit, clocked at 0.8 GHz as the base speed and 2 GHz as the Turbo speed.

4 GB of RAM are inside, plus 64 GB of SSD storage and we’ve got a 2 MP front camera and 5 MP back shooter. Since this one is a 3G model, it also comes with a SIM card slot and access to the 3G connectivity. A microSD card slot rounds up the package, that has a reasonable cost. From what I can see in the promo image there’s also a keyboard accessory being thought out for it. 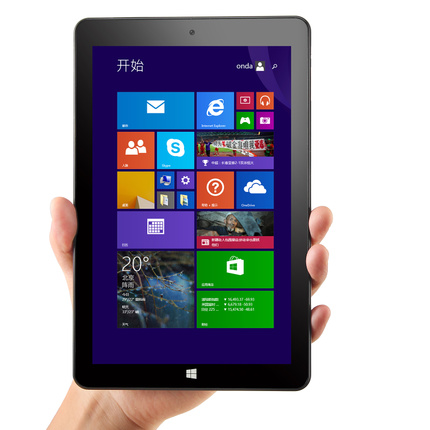