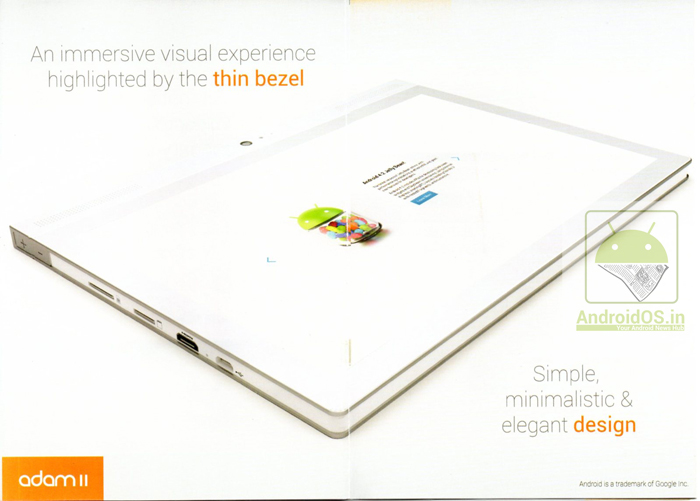 The Notion Ink Adam tablet failed to get a name for itself and we haven’t heard any exact sales or even seen some clear reviews of the product even now, many months after its release. Well, we’re ready for take 2 it seems, as the Adam II is ready for launch. 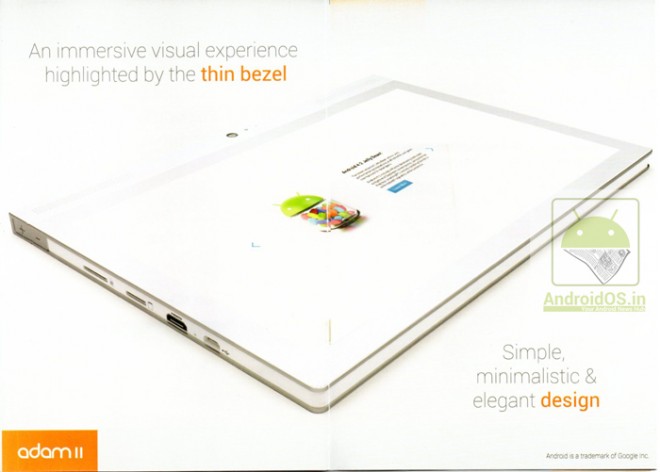 The product is expected in the coming weeks and we have the first leaked details about the product available on the web. The new Adam comes straight from the Bangalore company Notion Ink and it stands out because it has 2 screens. One of them is a standard IPS display with a 1280 x 800 pixel resol and the other one is placed on the “spine” of the device, showing the notifications and contextual data related to what’s shown on the main screen. This concept is illustrated in the image below: 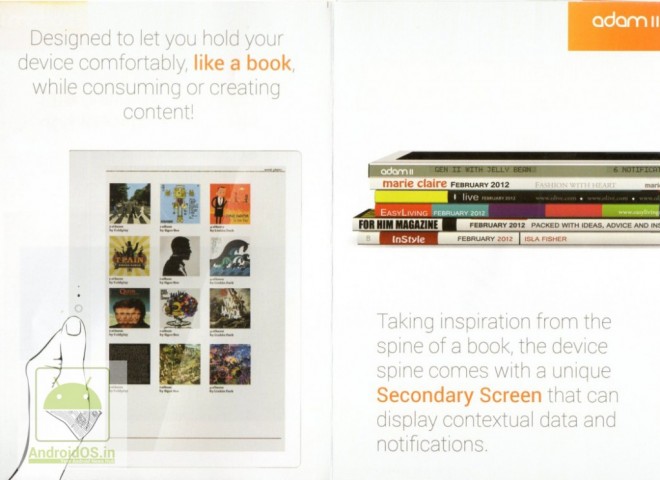 Specs include a 1.5 GHz Cortex A9 dual core processor, a 2 megapixel HD rear camera and also one at the front, 1 GB of RAM, a 6000 mAh battery, WiFi, Bluetooth, HDMI out, a microUSB port with OTG and a microSD card slot. There’s also a SIM slot for 3G and Google Play Support. The OS of choice is Android 4.2.2. Fingers crossed for this project to go better than the first.