Many weeks ago we got to play with a GPD console and it proved to be certainly interesting. Now there’s a new such device coming, under the name GPD XD+ and this handheld gaming console seems to have even better specs and some nice emulation. You can see it in action below.

Feeling a bit like a beefier Nintendo DS, the Android-based handheld is a refreshed GPD XD, with twice the RAM and a new CPU, MediaTek MT8176. The design of the predecessor is kept, at least on the prototype shown here. The above mentioned chipset relies on 2 ARM Cortex A72 CPU cores, 4 ARM Cortex-A53 cores and PowerVR GX6250 graphics. There’s also 4 GB of RAM here and the product ships in early 2018. 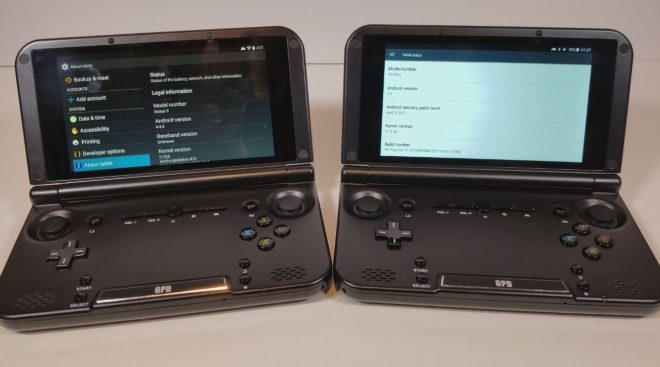 The video included in this article shows benchmarks much improved from the Rockchip-based predecessor, plus some God of War emulation in action. There’s also a Dolphin Nintendo GameCube and Wii emulator, that should bring you hundreds of titles. I see that the D Pad is still here, plus the 4 action buttons and two thumbsticks, ergonomically spaced. We also get the shoulder buttons and the same placement for the camera and speakers. 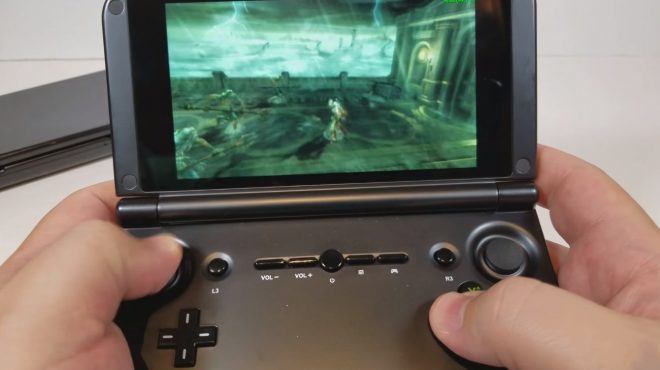 The color calibration of the screen and brightness also seem a bit improved. As a side note, I don’t think Sony is too happy with the fact that the device runs God of War. By the way it also seems to lag a bit… 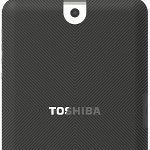