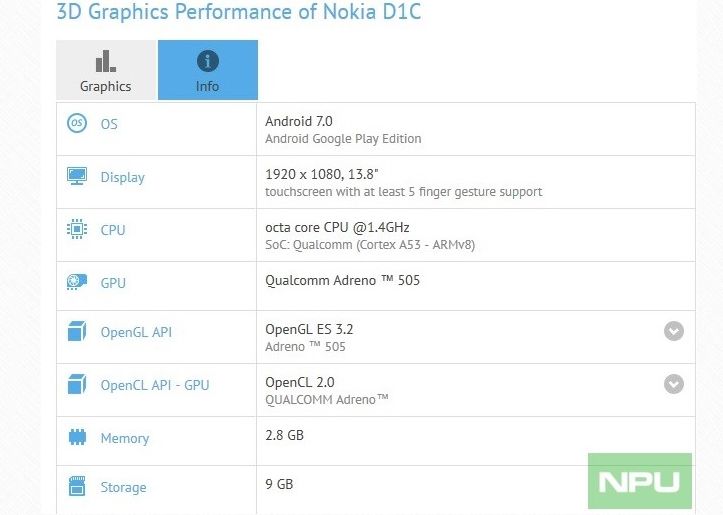 The past days brought us a few leaks of a Nokia device dubbed Nokia D1C, that seemed to be a midranger smartphone with Android 7.0 Nougat. Turns out it’s actually a tablet, as confirmed by a GFXBench leak, detailed below. 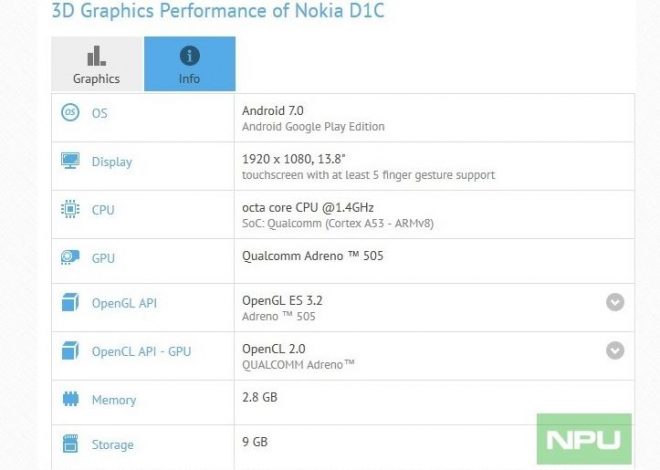 The device was interestingly listed as a “Google Play Edition”, with Nougat in tow and sporting a 13.8 inch Full HD screen, as well as an octa core Snapdragon chipset, with an Adreno 505 GPU. The main camera is mentioned as a 15 MP shooter, probably 16 MP in fact and the front shooter is a 7 MP one, which may happen, since we’ve seen such a res on the iPhone 7.

Nokia D1C is said to have a Snapdragon 430, according to previous leaks, as well 3 GB of RAM and 16 or 32 GB of storage. SIM card support is mentioned by GFXBench and a pedometer will also make the cut. A 13.8 inch diagonal is atypically large for an Android device, usually seen on those dual boot slates from China with both Windows 10 and Android, for example.

It could end up being a binge watching device…