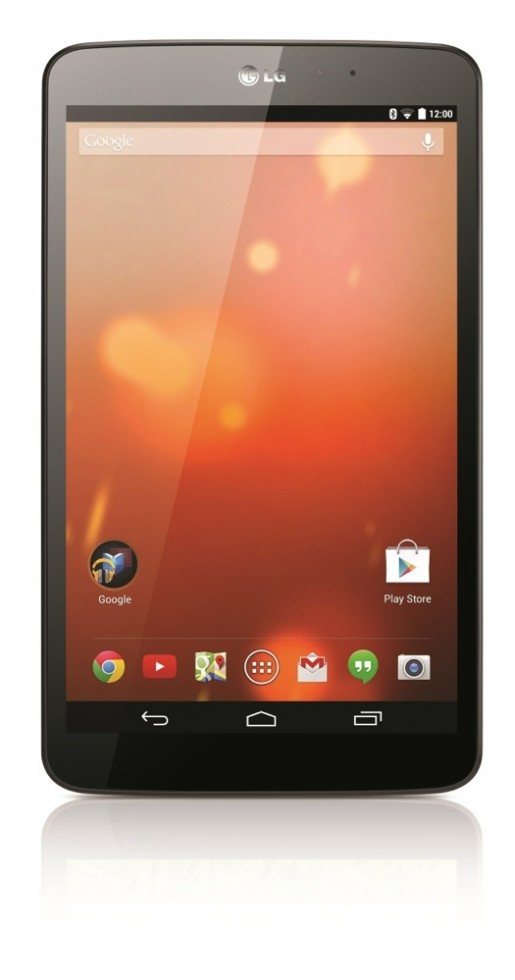 Remember the LG V510 tablet we’ve written so much about? Well, it was said to be a Nexus 8 and the truth is that the rumors weren’t that far off. The device was just unveiled in a special Google Play Edition, priced at $349. All the goodies of the original G Pad 8.3 are here, as detailed below.

After a bunch of Google Play Edition phones, we now have the very first Google Play Edition of a slate. This LG G Pad 8.3 Google version came to life on LG’s open source page, where it was announced. To keep it short, the device feels like a bigger version of the LG G2 and it sports a Snapdragon 600 CPU, an 8.3 inch 1920 x 1200 pixel display with small bezel and 16 GB of storage.

It also has a microSD card slot, 2 GB of RAM, a 5 megapixel camera and 4600 mAh battery. Its body measures 8.3 mm in thickness and I’m very curious if the device will keep some or any of the features that LG implemented on the original (camera modes, Q pair, Quick Memo and all that). The LG G Pad 8.3 Google Edition will have Android 4.4 KitKat preinstalled, in case you’re wondering.