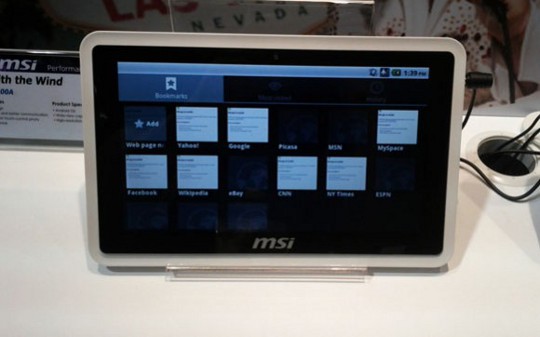 CES 2011 also included some MSI products, like the WindPad 100A slate, based on the NVIDIA Tegra 2 CPU. This Android tablet will be released in Q2, according to speculations, but we’re expecting MSI to issue a confirmation on the real date.

We’re not yet sure what flavor of Android the MSI WindPad 100A will adopt and the device you can see in this images is a mere prototype, with a 10 inch display. Details include a 1024 x 600 pixel resolution, HDMI output, an SD card slot, GPS and 3G connectivity. Pricing and some hands on action will probably pop up in the following hours. 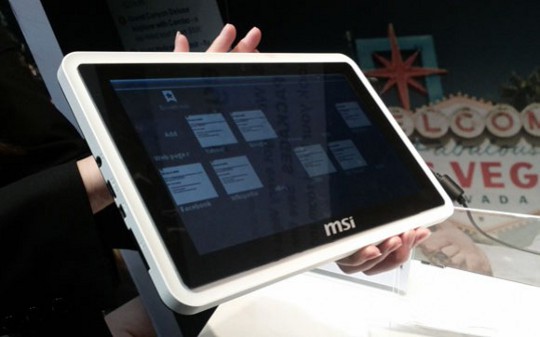