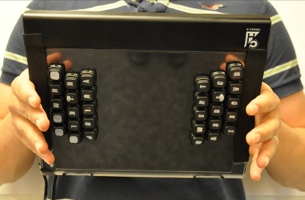 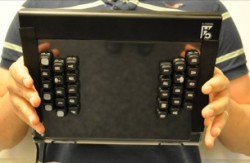 Microsoft’s got a new research project going on, with the purpose of implementing a new behind the screen keyboard on portable devices. Known as RearType, the project places a physical keyboard at the back of a slate computer, allowing its users to control it that way. This innovation will be introduced at the MobileHC12010 conference in Portugal next month.

This is not the first attempt to place an input mechanism behind a screen, but the previous projects (Nano Touch and Lucid Touch) weren’t based on hardware keyboards. Microsoft officials say that this keyboard will be as easy to use as the Apple iPad virtual keyboard, although at first glance it seems impractical.

As far as we know, testing goes well and people involved with the project aren’t slowed down when writing with the aid of the revolutionary keyboard.

Microsoft Surface Duo 2 First Hints are Here: It Will Have...