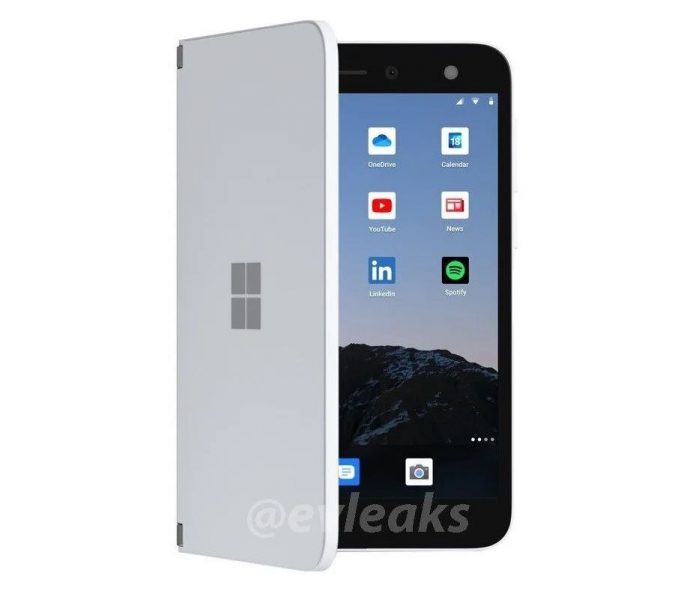 Microsoft Surface Duo is Microsoft’s long awaited dual screen device, the Surface Phone as it was known for a while and it’s been unveiled on October 1st 2019. We’ve been waiting for it to debut ever since, but without too much hope, since officially the product was meant for a winter 2020 release. Now we learn that a few new images of the device have appeared online courtesy of Evan Blass, signalling a launch date that gets closer and closer.

The dual screen device runs a customized version of Android, with Microsoft’s software on top of it. A case and stylus were teased for this device last month and we also learned that its development has been accelerated, in order to deliver a summer release, or fall at the latest. Microsoft has even started preparations for a Surface Duo 2, by integrating the Romanian branch of Movial and assigning them to the project. Back to the first Microsoft Surface Duo, the device has evolved since its initial presentation in Fall 2019, when it didn’t even have a camera and it was bulky. 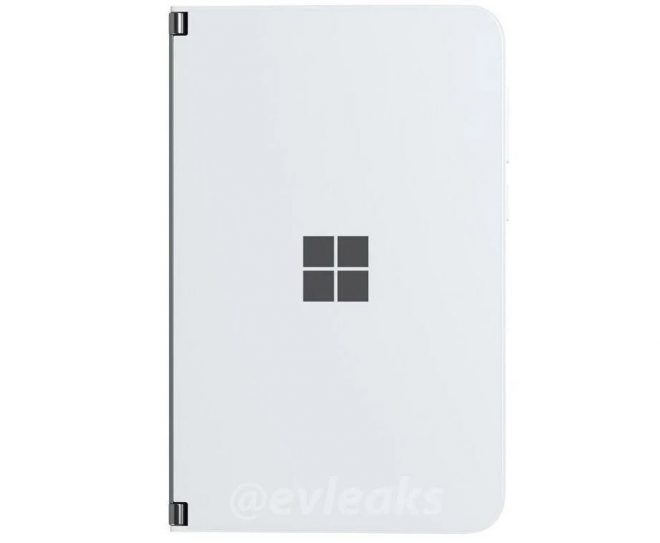 According to author Paul Thurrott, Microsoft’s MVPs have been invited to a virtual briefing for the Surface Duo on August 12th. That’s probably when they’ll get to see the finalized version of the unit. A July report did mention that production had started and that the device would be released on August 24. This dual screen smartphone has already received the blessing of the FCC and Bluetooth SIG and it’s been teased by Microsoft officials multiple times. 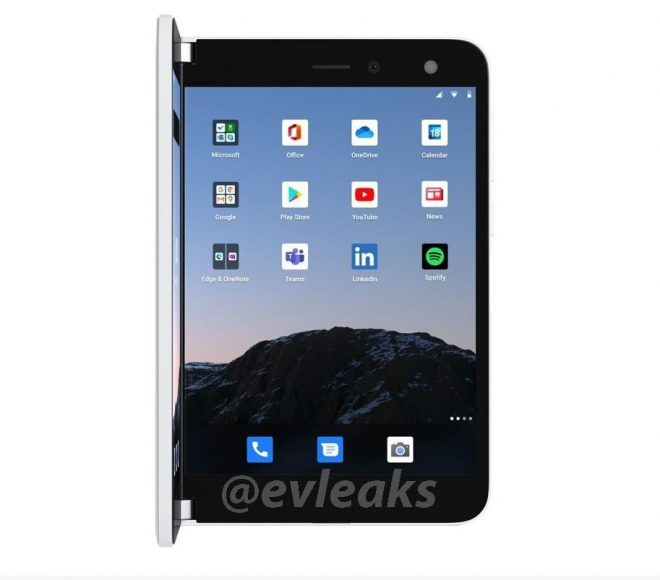 Now as far as the new images from Evan Blass go, they don’t reveal anything we didn’t already know. We do see various Microsoft and Google apps installed, including the Edge browser. The Surface Duo has two 5.6 inch AMOLED screens with a 360 degree hinge between them. Inside it we find a Qualcomm Snapdragon 855 processor, 6 GB of RAM and 64, 128 or 256 GB of non expandable storage. There should also be a 11 MP singular camera on board and a 3460 mAh battery.

The lack of 5G is already a bummer for some. Somehow I expect the 2019 specs to be bumped up last minute, though… 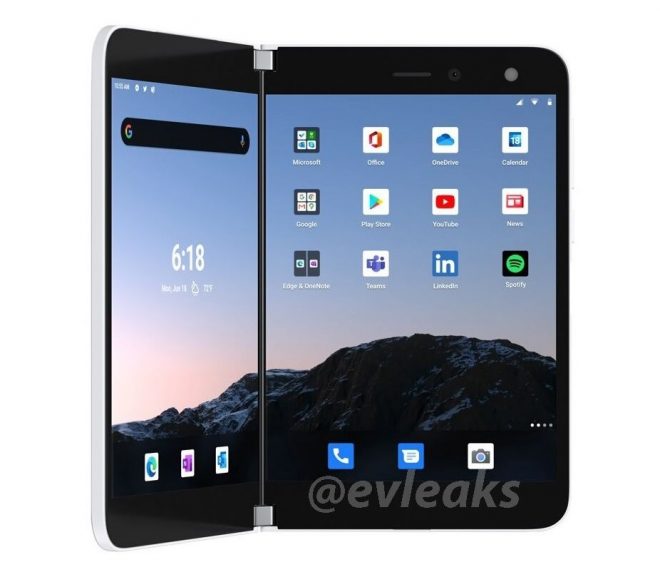