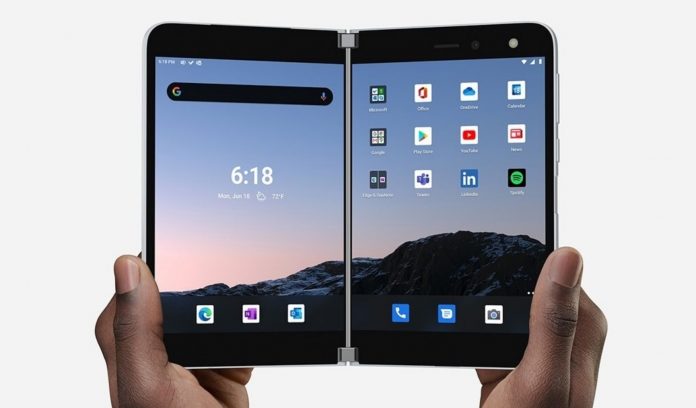 Microsoft Surface Duo started selling last month and in spite of having pretty lackluster reviews, it was still priced at a huge $1399. Now it’s getting the price cut it deserves, by $200 for starters and it’s now sold at $1199. The discount is applied directly via the Microsoft Store.

The 128 GB storage version is the one getting the price cut and also the 256 GB one, which is now sold for $1299. Aside from the initial software bugs and odd placement of the singular camera on board, there have been reports about the device’s poor build quality and the fact it’s quite hard to repair. Microsoft is also offering an Accidental Damage Coverage Plan for $199, which will cover all mechanical and accidental damage for two years. By the way, we’re just talking about the US market now, as the device has yet to reach international waters. 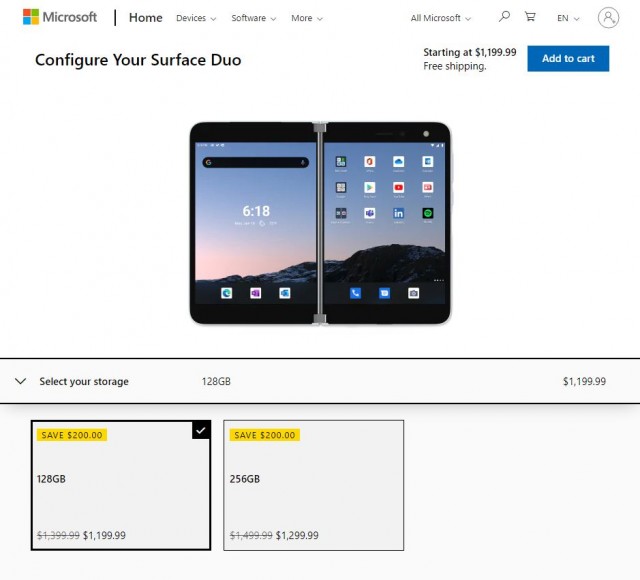 There was a big blunder reported earlier this month, as early adopters of the machine reported cracks in the plastic around the USB-C port. Some people even claimed that it happened in their pockets, for no apparent reason. It was to be expected, ever since I heard that each half of the device measures only 4.8 mm in thickness, while the USB-C plug is 2.6 mm thick. I’ll remind everyone that this is a dual screen smartphone announced in October 2019 and launched in September 2020. It has two AMOLED screens, each of them 5.6 inches in diagonal and provides a Snapdragon 855 CPU, 6 GB of RAM and UFS 3.0 storage. There’s a singular 11 MP camera on board and Android 10 with a Microsoft launcher.