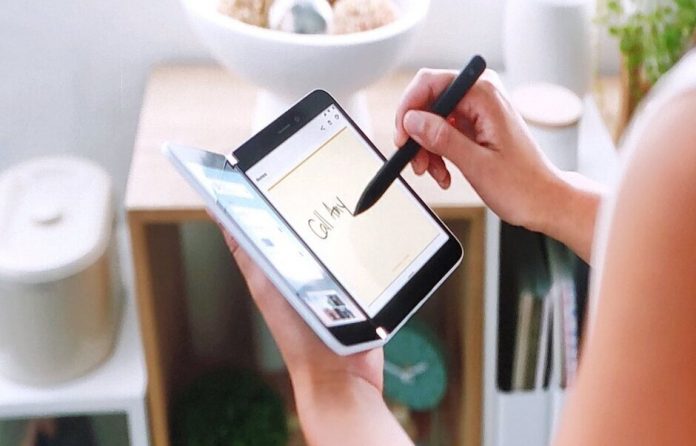 Microsoft Surface Duo was unveiled on October 1st last year and ever since them we’ve been oscillating between rumors about a holiday season 2020 release and some leaks about a potential summer launch. It appeared that the Covid-19 pandemic would have put a pin the the summer launch… or did it?

Surface Neo was in the meantime delayed till mid 2021, but the Microsoft Surface Duo is still on track for its debut. The previously named Surface Phone is according to sources ready to be launched and it should even arrive before the Galaxy Fold 2. The Samsung phone is expected to drop on August 5th, but we can’t help but wonder if Microsoft wants to beat the Fold 2 to the store or to the debut time. We’ve seen the Surface Duo evolve quite a bit over the past leaks and rumors. 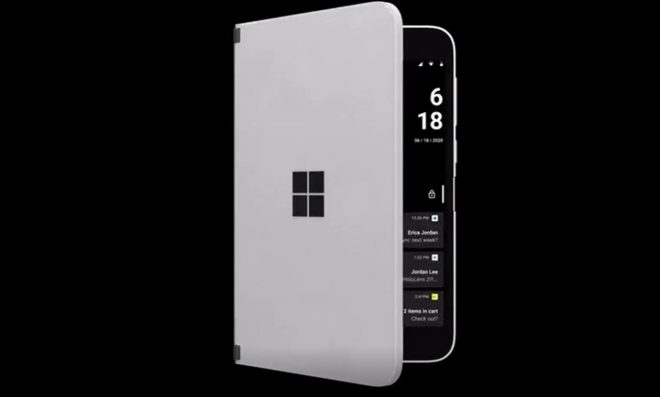 It went from a beefed up Nintendo DS style machine without a camera to a more stylish product, with a stylus, narrower bezels and a camera or two. By the way, the Surface Duo and Galaxy Fold 2 have something in common: both run on Android 10, with their own custom launchers/UIs. Microsoft’s device has the custom launcher from MS. Surface Neo was delayed in part because it’s supposed to bring forth the new and improved Windows 10X.

Surface Duo also comes with a Snapdragon 855 CPU (even though an upgrade wouldn’t hurt), plus 6 GB of RAM and 64 or 256 GB of storage. There are also two displays (5.6 inches each) with 4:3 aspect ratio and 1800:1350 pixel resolution, both of the AMOLED variety. There’s a singular 11 MP camera on board as far as we know and a 3460 mAh battery. No expandable storage, though. These specs are rather modest, if you really look into them and should pale in comparison to the Galaxy Fold 2’s 12 GB of RAM, 5G and quad camera setup.

Microsoft should make a price compromise, but they’re not the type to do it… We’ll just have to wait and see. 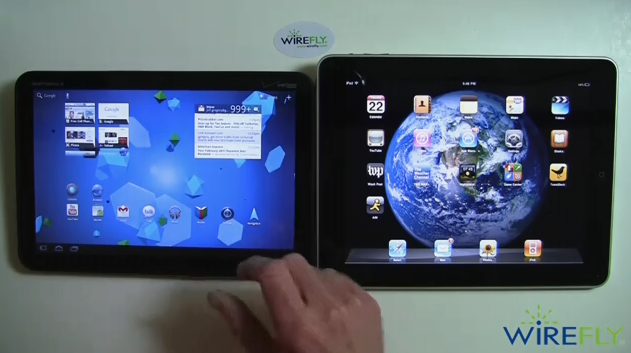