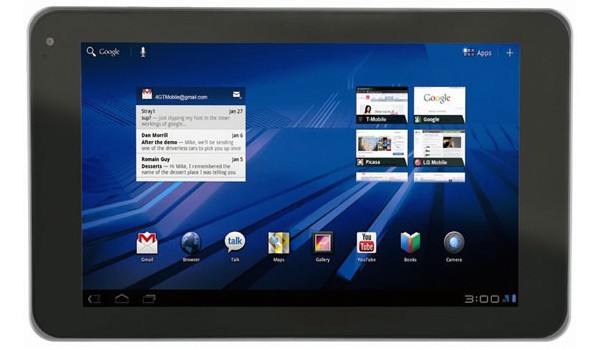 A couple of the details concerning the LG G-Slate have changed, while others have been confirmed, courtesy of the info offered by the Korean maker. Well, this 8.9 tablet will be known as the Optimus Pad officially, it’ll run Android 3.0 Honeycomb and use a 3D display.

Expect it to be unveiled in Barcelona, during the Mobile World Congress, that will take place starting February 14th. The slate will still be named T-Mobile G-Slate in the States and it’ll come with a dual core Tegra 2 CPU, a front camera, a pair of back cameras with 3D capture support and 32GB of storage.

The main display is capable of a 1280 x 768 pixel resolution and you should expect this product in US shops from March.

Google Nexus 9 and Nexus Player Now Available on Order on...