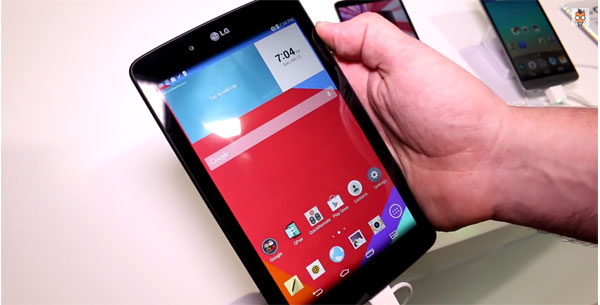 The folks of mobilegeeks.de have had the opportunity to handle the LG G Pad latest generation tablets, all 3 of them, as shown below. I’m talking about the LG G Pad 7.0, the LG G Pad 8.0 and the LG G Pad 10, each of them with a few minutes of video hands on.

The smallest of the newcomers is the LG G Pad 7.0, a 7 inch tablet with a 1280 x 800 pixel resolution and a Snapdragon 400 quad core processor. Apparently, the devices were on show in London, probably during the special event organized for the LG G3 debut. All 3 models are entry level units and back to the G Pad 7.0, this one comes with 1 GB of RAM, 16 GB of storage and Android 4.4 KitKat with the LG UI customization on top.

At the back there’s a 5 megapixel camera, while upfront we’ve got a 1.3 MP shooter and the battery is a 4000 mAh unit as well. The whole product measures 9.5 mm in thickness and other features include a microSD card slot and the ability to pair with handsets like the G3. This unit will cost 180 euros and can be seen handled below: 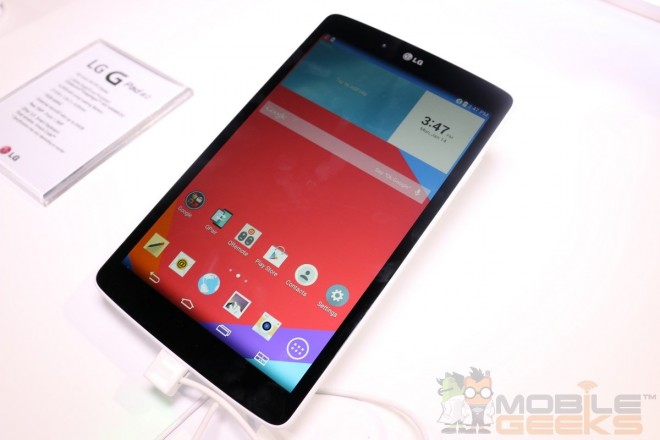 Next up, the LG G Pad 8.0 budget tablet is an 8 incher, also with a Snapdragon 400 quad core CPU clocked at 1.2 GHz, with 1 GB of RAM and 16 GB of expandable storage. This model adopts the same 1280 x 800 pixel resolution and offers a 5 MP back camera and a 1.3 MP webcam. It runs Android 4.4 KitKat with the LG minimalistic UI applies and the price tag should be 200 euros.

This model has a 4200 mAh battery and it’s shown in action here: 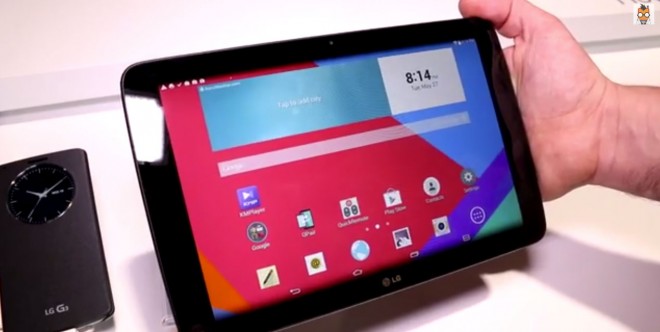 Finally, the biggest newcomer is the LG G Pad 10, that keeps the 1280 x 800 pixel resolution and the Snapdragon 400, as well as the same quantity of RAM and storage. Handset pairing and KitKat are also here, as well as the new UI and the 5 MP cam and microSD card slot. There are two speakers included here, each on the side of the tablet’s back. As shown in the hands on, the screen of the device looks pretty crisp and I’m digging the new UI.

The slate has a  plastic case and it’s very rounded at the edges. QPair is included, as well as Quick Remote and this model didn’t get its price mentioned sadly.