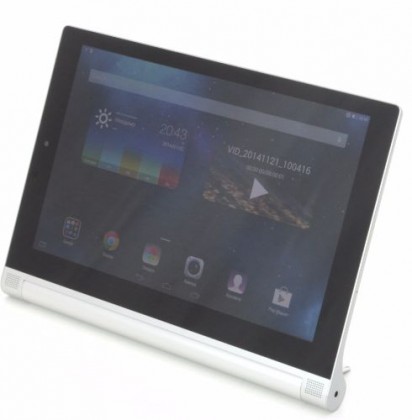 A few days ago we showed you that Lenovo Yoga 3 tablet, as one of the devices that the Chinese company may bring to IFA 2015. Now, a fresh batch of leaks reveals more specs and details about the device.

A Ukrainian retailer has rushed and posted a product page for the slate, including its specs and some images. After everything got some buzz from the press, the page was taken down, which may add to the credibility of the leak. The design is basically the same as the one of the previous Yoga tablets, including the built in stand and cylindrical battery portion. The novelty here is the rotating 8 megapixel camera, able to flip at 180 degrees. 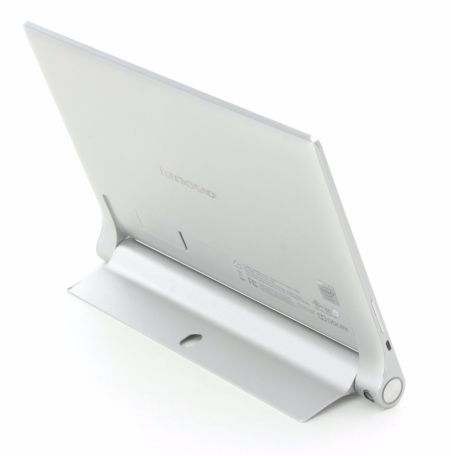 The product page said there’s a 6200 mAh battery in the mix, offering 20 hours of functioning and also listed a Qualcomm Snapdragon 210 processor inside, 1 GB of RAM and 16 GB of storage, plus a microSD card slot. The resolution is 1280 x 800 pixels and the panel is an IPS one. We also get front facing stereo speakers, plus Bluetooth, WiFi and optional 4G LTE.

Android 5.1 Lollipop will be running here straight out of the box. 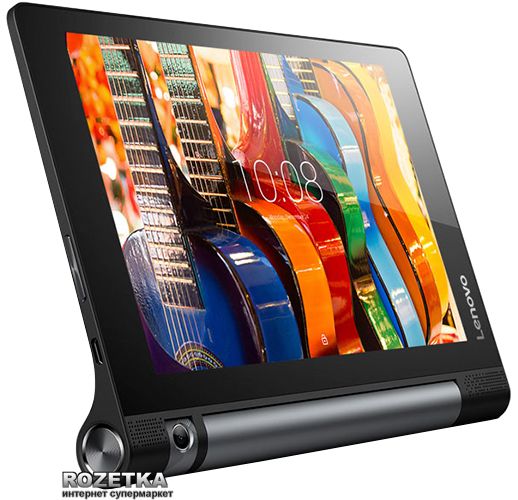