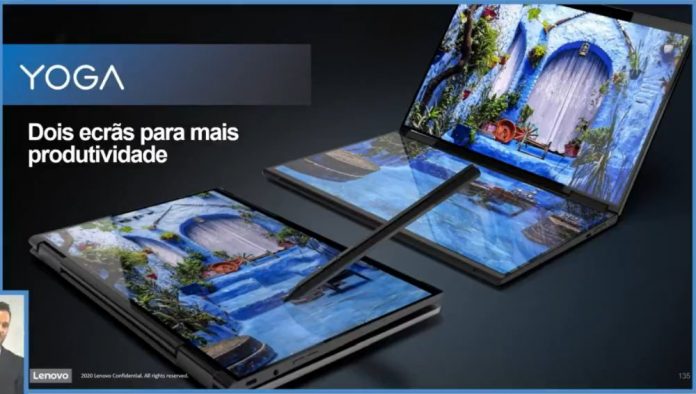 Lenovo seems to be ready to expand its Yoga series of products further, this time with a dual screen laptop. The device has just leaked and apparently it’s getting pretty close to launch time. Many are still dreaming of the Lenovo ThinkPad X1 Fold, the foldable laptop/tablet, but that one is pricey at $2500. A cheaper alternative may be on its way.

Lenovo is preparing a yet unannounced dual screen laptop that just popped up during a leaked presentation shared by WalkingCat on Twitter. Compared to the ThinkPad X1 Fold, which relies on a single screen with a flexible design, allowing it to fold in half, the Yoga dual screen machine packs two touchscreen displays connected by a hinge in the center. It all looks like a concept device at this point, so I wouldn’t bank too much on it being 100% real.

What we have here is a device that can be used as a laptop, with the bottom area for writing, drawing, or text input, while the top works as a display. It may feel a bit like the upcoming Microsoft Surface Neo, which also has a dual screen approach. This device offers an optional keyboard add on, which be placed on top of the lower screen for tactile feedback when writing. There’s still a way to go, since this device, just like the Surface Neo has been delayed till 2021 and it should arrive with Windows 10X.

That OS has been designed with both single display and dual screen devices in mind. There are even more companies working on similar projects. For example Dell showed off a foldable computer or two this year, in prototype form. ASUS and HP have their own plans. 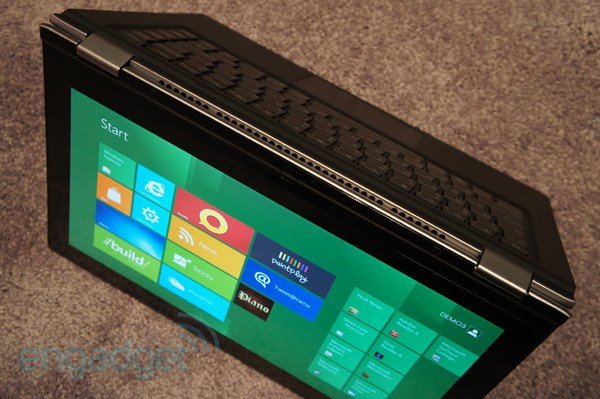 Lenovo Preparing a Convertible Windows RT Tablet, According to Rumors