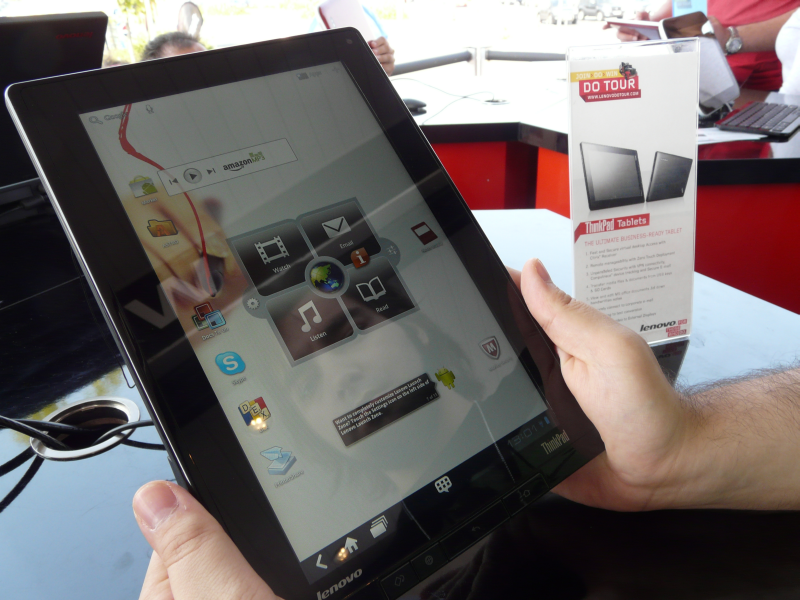 As you might already know, the joint team of Mobilissimo.ro, our sister site and us, Tablet-News.com was present at the Lenovo Do Tour 2011 event, taking place in Romania. This involved a bunch of Lenovo trucks, carrying around the latest in tablets, laptops and other similar gear. Among the devices we had the pleasure to experiment with there was the Lenovo ThinkPad tablet, a business slate that was really interesting. 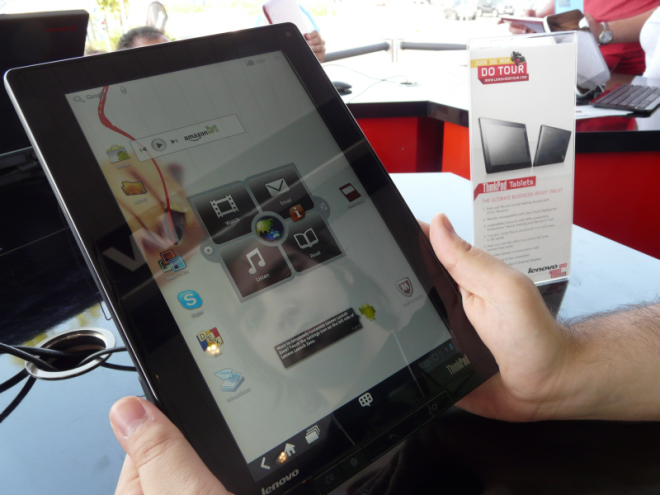 The device comes with a stylus and last I heard, this model was available in the USA for $479, in the 16 GB WiFi version, but without a stylus. As far as business features go, we have text recognition from the Notes app interacting with the stylus, plus solid encryption and a solid array of ports. Lenovo ThinkPad Tablet comes with a mini HDMI port, a microUSB port, an audio jack, a SD card slot, a microSD card slot, a proprietary dock port and a full USB port.

You’ll also find 4 physical buttons below the display: Back, Home, Internet and a mysterious button that might serve to change the orientation of the on-screen image. The ThinkPad Tablet runs Honeycomb in a customized version, that includes a Lenovo app store, a main widget with media playback, Internet browser and customizable features, plus an efficient multitasking system.

The set of apps that are usually open in Honeycomb from the lower left side are now available for closing, by pressing the X they have attached. As far as hardware goes, this slate uses a 10.1 inch display with a 1280 x 800 pixel resolution, plus a 5 megapixel camera at the back, a 2MP one upfront and support for connectivity of the WiFi, Bluetooth and 3G kind. There’s also a SIM slot on board, in case you were wondering. Finally, Android 3.x is aided by a Tegra 2 CPU and 1GB of RAM. 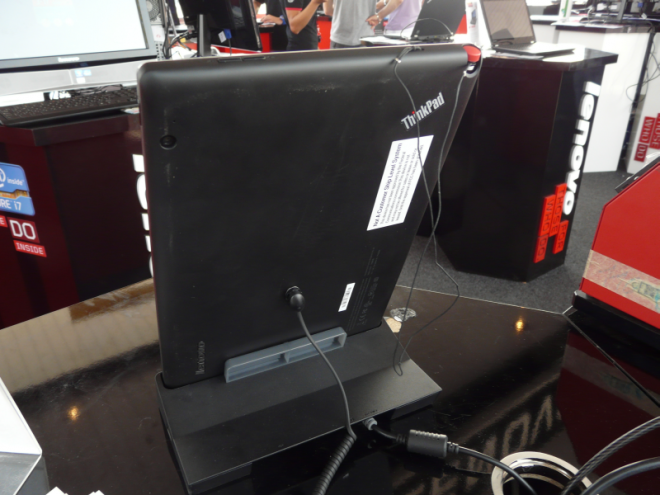 Security measures on this tablet include encryptions (SD card included), the McAfee antivirus, an anti theft system and much, much more. Lenovo also promised 2GB of storage via cloud with this product. And now it’s time to let the videos provide more details: