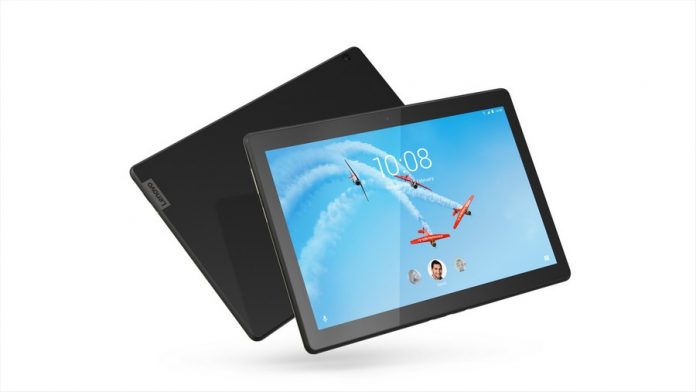 It’s already a tradition that Lenovo launches a dozen devices at IFA 2018. Somehow they chose to launch some of them ahead of IFA, half a dozen actually. They had the E7, E8 and E10 models, but now there’s also other newcomers: Lenovo Tab P10 and Tab M10.

Specs are pretty similar, but both devices are midrangers. Both have 10.1 inch screens with a 1920 x 1200 pixel resolution and both models rely on the Qualcomm Snapdragon 450 CPU, clocked at 1.8 GHz. That’s where similarities seem to end. Lenovo Tab M10 has 3 GB of RAM and 32 GB, plus microSD, while the P10 ups the ante to 4 GB of RM and 64 GB of storage.

On the camera front there’s also some changes. The M10 uses a 5 MP rear shooter and a 2 MP front cam, while the P10 opts for an 8 MP shooter and a front 5 MP cam. These models share the Dolby Atmos technology, so acoustics are top notch. Actually I’ve been noticing that the latest Lenovo phones also have Dolby, so the company is going all out on high end acoustics.

M10 packs a 4850 mAh battery, while the P10, even though it has the same screen it grows to 7000 mAh. No pricing or availability yet, but I’m sure they’ll come at IFA 2018. I should also mention that the P10 has 4 loudspeakers and its big battery is supposed to offer up to 15 hours of video playback. The P10 also comes with a fingerprint scanner, plus multi users support.