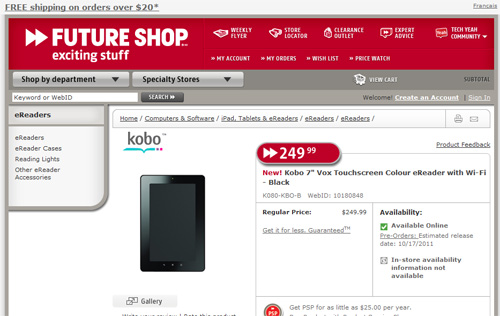 Since Amazon’s Kindle Fire tablet is out, why not see some rivals for it, straight from other e-reader makers such as Kobo. Thus, today we have an unsurprising leak of the upcoming Kobo Vox tablet, that popped up in Canada with a $250 price tag and Android.

This is a 7 inch slate with Android, that was leaked on Canadian retailer Future Shop’s site today. Don’t worry, the info has been pulled, yet another sign that it was legit… There’s even a tiny capture of the tablet and info about its release on October 17 in Canada. This model popped up at the FCC days ago and we’ve yet to find out what version of Android this model got.

However, what we do know is that the Kobo Vox comes with a 1024 x 600 pixel display, WiFi support, 8GB of internal memory and a microSD card slot. There’s also a single speaker on board and access to Android Market is granted as well. The battery life is about 6 hours and the device weighs around 400 grams. 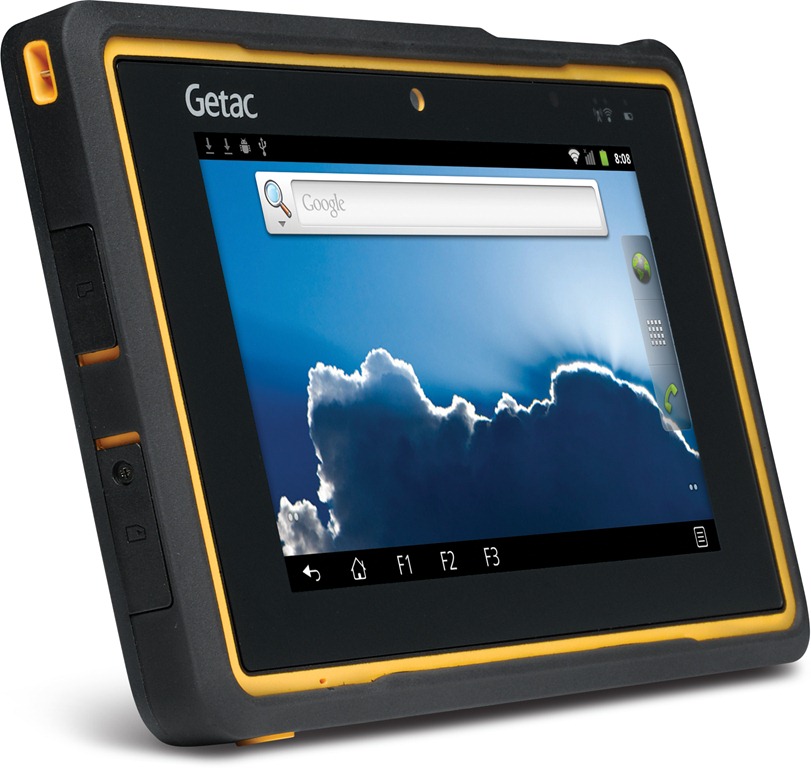