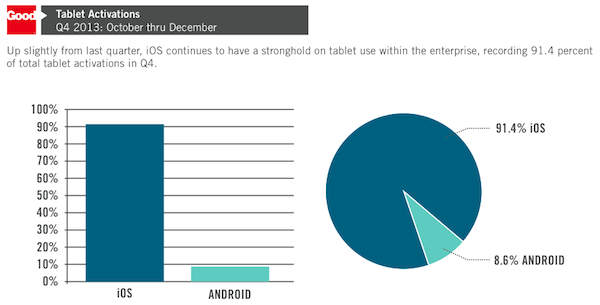 Enterprise mobile service vendor Good Technology has published a report saying that the Apple iPad accounts for over 91% of enterprise slate deployments. There are over 2000 companies using the service in the fourth quarter and from all of them, iOS gets an overall 73% share of mobile devices in the enterprise area.

Good offers services that can be used as alternatives to RIM’s BlackBerry Enterprise Server. Good supports mobile platforms outside of RIM’s, like Windows Phone, iOS and Android. iOS has registered an increase by 34% from Q1 to Q4 last year, showing a strong and continued growth and adoption of devices and the Good solution.

The company also reports that OS devices claimed the top ten spots for most popular devices among users. Android’s share of activations decreased quarter over quarter at 26%, said the same source, which doesn’t mean Android is not popular, but rather the services of this kind aren’t on that platform. 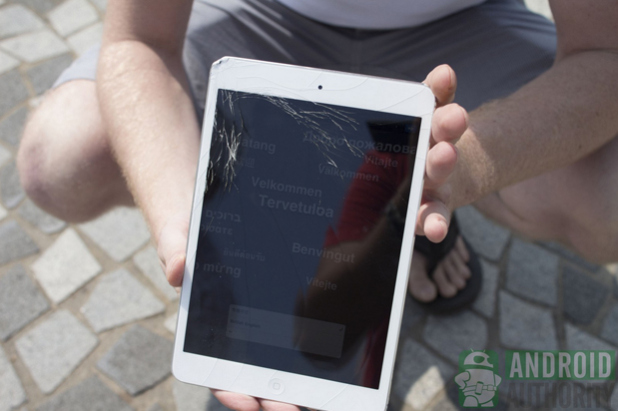