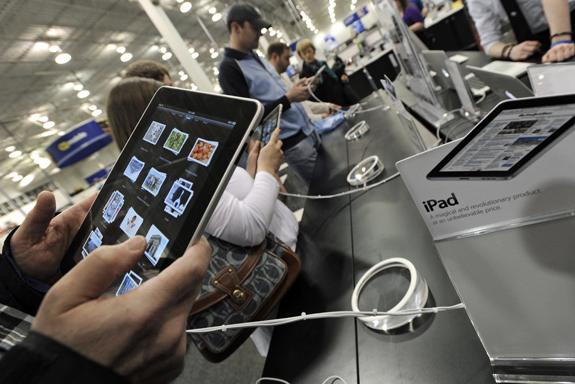 After checking out some rumors saying that the next iPad will actually be called iPad HD, now it appears that iOS 6.0 is also the subject of speculations. Leaked server logs show that devices with 2048 x 1536 pixel resolutions are being tested and some of them even run iOS 6.0.

The data comes from Ars Technica, saying that 365 connections to the site were made from devices with the high resolution mentioned above, clearly iPad 3 units. User agent strings also showed that the browsers loading this site were running on iOS 6.0, that involves an upgraded version of WebKit. We have no idea what Apple is preparing for the next iOS, but what we do know is that the iOS 5.1 should come with the iPad 3, once it launches. It’s possible that Apple previews this new OS on Wednesday, March 7, once the new iPad debuts.

The things to expect here have been rumored for a while now: quad core CPU, LTE, 5 or 8MP camera and Retina Display. We’ll see how much truth there was to the rumors next week!