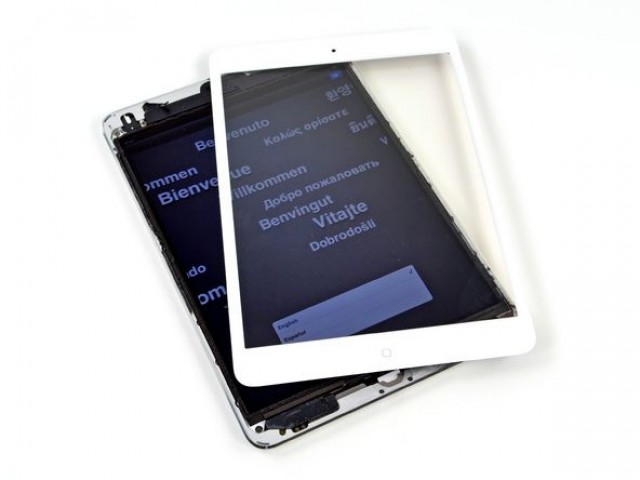 The folks of iFixit are performing their usual teardown of tablets, this time applied to the iPad Mini. Thanks to this dissection we learned some interesting details about the product, like the fact that there are stereo speakers on board and that the screen is made by Samsung.

The thing to admire here is that iFixit did the teardown a day before the iPad Mini goes on sale. They’ve also dissected the iPhone 5 and the new iPod Touch, so there aren’t many surprises for them inside the iPad Mini. The teardown confirmed that there are stereo speakers on board of the iPad Mini and that Samsung display we mentioned. Apple was supposed to be avoiding the Samsung components, after the relationship between the two companies went bad. The screen has the same resolution as the iPad 2, 1024 x 768 pixels, but they are packed within a 7.9 inch panel. 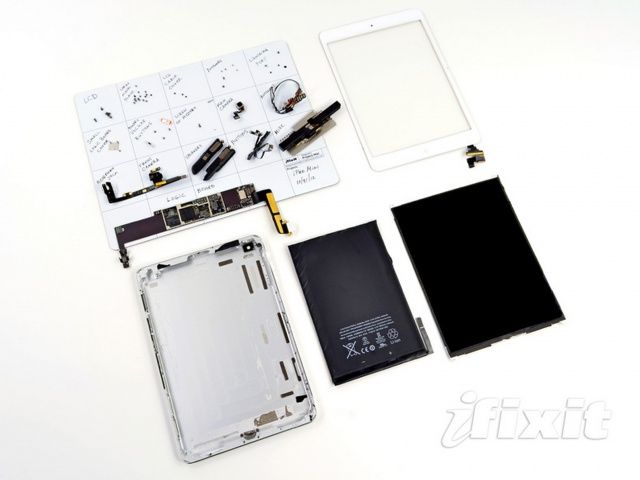 The iPad Mini is, as usual with all the iPads hard to open up. There’s the adhesive that holds the glass into place and you must heat that adhesive until it becomes loose and you can remove it from the device. The good news is that the glass digitizer is not fused with the LCD display, but it’s separated, so repairs should be easier. The Lightning connector is soldered to the logic board, so if it will break, you need to replace the entire logic board, that will be pretty expensive.

So, if you damage your port, you have to replace the whole device. iFixit also says that it found a huge amount of adhesive in the iPad Mini, used to hold components in place and making them hard to remove. More details in the source link below.