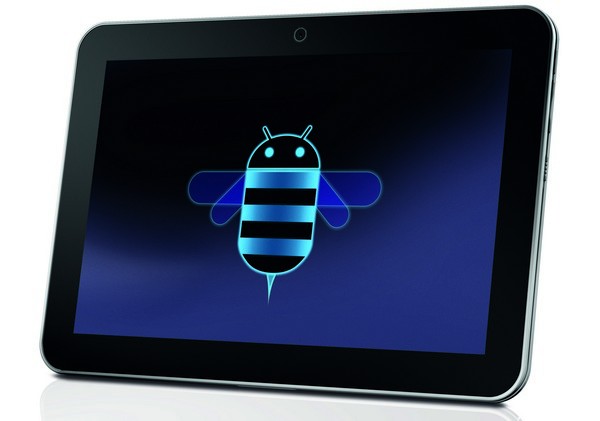 Toshiba is ready to make Samsung jealous, since it has just announced at IFA 2011 an incredibly slim tablet, with a mere 7.7mm waistline. If I’m not mistaking, this is the thinnest Honeycomb tablet available on the market right now, or better said, to be available soon.

The AT200 has been rumored for a while now, especially under the name Toshiba Excite, that was spotted officially days ago. As far as specs go, nothing mind blowing here: a 10.1 inch LCD display with 1280 x 800 pixel resolution, a TI OMAP 4430 CPU at 1.2GHz and up to 64GB of internal memory, plus an extra from the microSD card slot.

The video and photo capture are handled by a 5MP shooter at the back and a 2MP sensor upfront. The battery should be more decent than on the Thrive, reaching around 8 hours, according to Toshiba. No launch date or price was given, but we expect further details to pop up during the following days of IFA 2011. Another interesting addition to this slate are the new Toshiba stereo speakers with Adaptive Sound Device Enhancer algorithms in the work, for hugely improved audio quality. 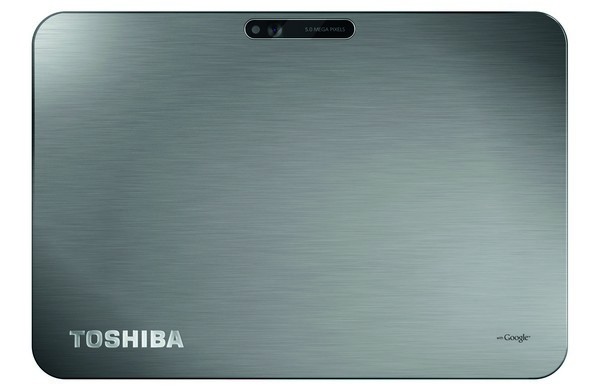