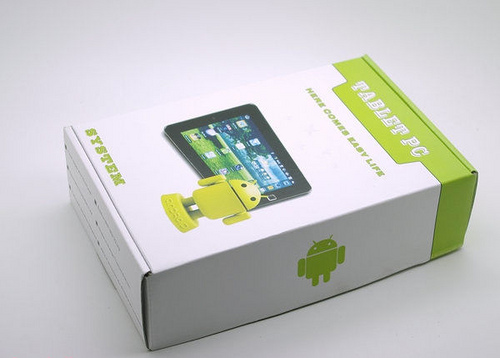 Another day, another Android 4.0 tablet with low price… This time it’s the Huayi A10 7 inch model I’m talking about, $65 slate with the latest Android on board and coming straight out of Shenzhen. We’ve seen sub $100 tablets before, but usually their specs are… not so good, so this one deserves a look.

As you’re probably expecting, the resolution supported here is a mere 800 x 480 pixels and inside the device there’s a 1 GHz Cortex A8 single core CPU, with 512 MB of RAM and 4 GB of internal memory to accompany it. There’s also a microSD card slot, HDMI output, WiFi, a 1.3 megapixel camera at the front and a 3.600 mAh battery. Its Android version is 4.0.3 and it appears that this model will reach Europe one way or the other. Maybe some country will purchase it in bulk and use it in education.

We’ve seen that done before by the Thai government that wants to purchase slates in the millions and make them learning tools. It would be a good use for budget tablets, I’ll give you that much and in bulk their price drops even more.

Dell Streak Going for a Mere $100 at Best Buy