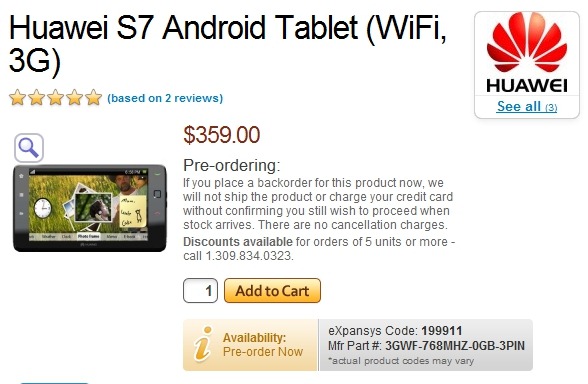 Huawei’s S7 Android tablet is a device we’ve heard about before and now we’re waiting to see if it makes its first week of September shipping date. Also dubbed Smakit, the device was shown at this year’s Computex and it was supposed to debut via Expansys and ship in the middle of July. Then, the shipping date was moved to September and still the device is nowhere to be found. 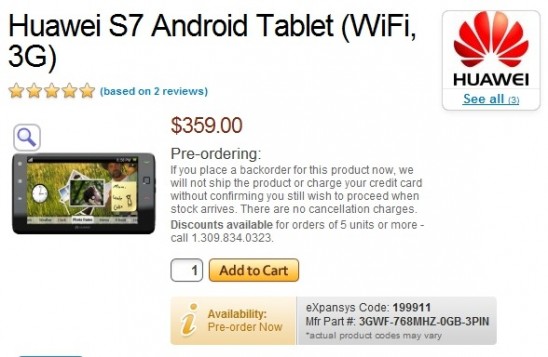 For now, Expansys doesn’t show a shipping date and there’s no mention of cancelled preorders yet. However, the retailer mentions that people who preordered the unit will receive emails in order to confirm that they still want the device and if they don’t, there won’t be cancellation fees.

Huawei’s official page seems to be list the October 31st shipping date, if you can believe that.