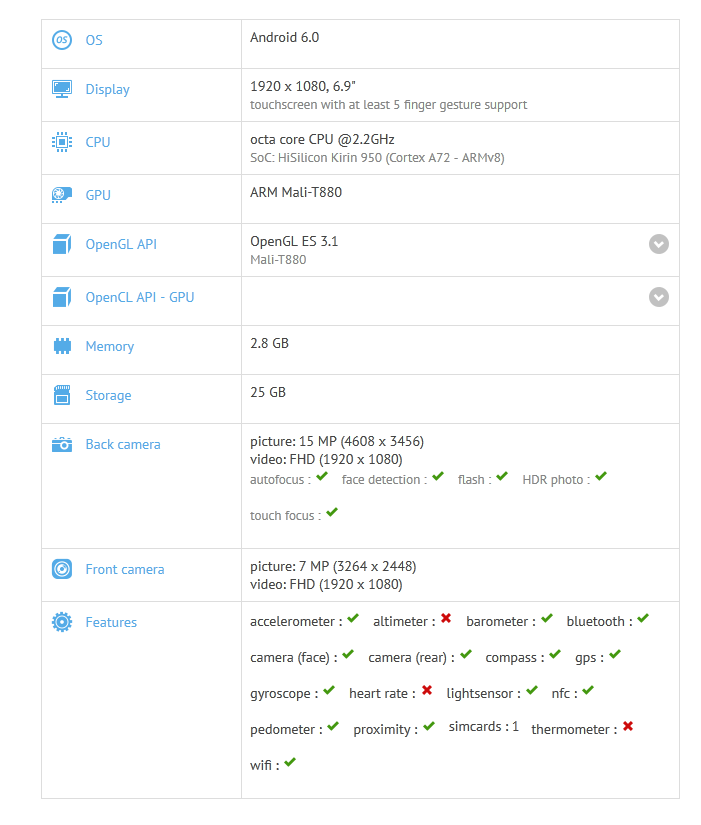 Last week Huawei debuted the P9 handset, as well as the P9 Plus, but there was no trace of the P9 Lite and P9 Max. While the former has already leaked a few times, the latter was nowhere to be found till today. Turns out it popped up in GFXBench, as shown below. 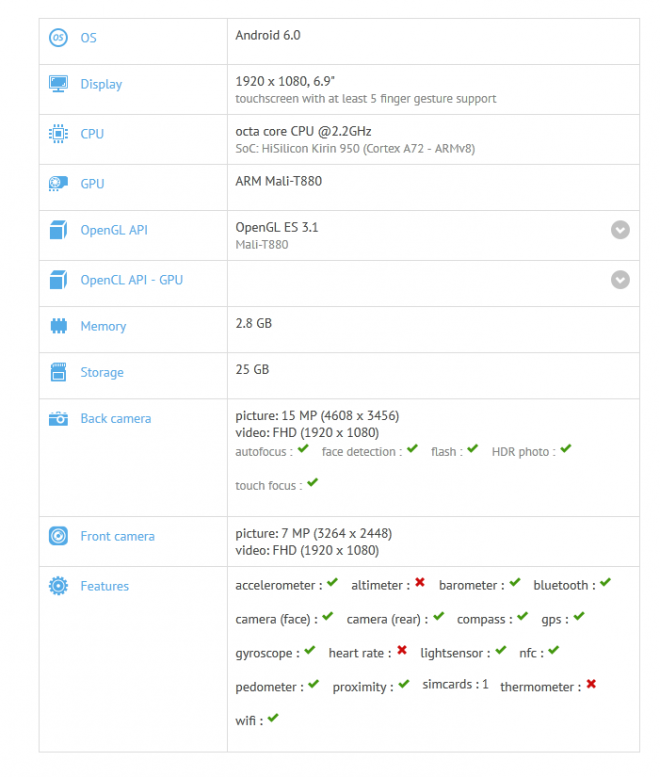 Keep in mind there’s no guarantee this is actually the P9 Max, but rather a big 6.9 incher with unknown identity. The device has a 6.9 inch Full HD screen, plus a Kirin 950 processor, not the Kirin 955 of the P9. This puts it on par with the Huawei Mate 8, at least specs-wise. There’s also 3 GB of RAM on board, 32 GB of storage, according to GFXBench and Android 6.0 Marshmallow.

Finally, we’ve got a 16 megapixel main camera and an 8 megapixel selfie shooter. So far the results in this benchmark are mixed, with the T Rex sub test offering 2144 frames, more than the 1975 of the P9. Meanwhile, the Manhattan 3.1 test showed 200 frames less than the P9. I’m sure we’ll see a launch in a few weeks tops.