The image shown below reminds me greatly of a similar Nokia leak of a 6 inch panel, but this we’re dealing with a Huawei product. This is the front panel of the Huawei Ascend Mate 2, a mega phablet with high end specs, that’s expected to debut this year.

The original Ascend Mate was also a large phablet, with a 720p screen and quad core CPU, plus 2 GB of RAM. The new model seems a bit wider and it gains a few millimeters thanks to the narrower bezel. It will pack a 6 inch Full HD screen and most likely a Snapdragon 800 CPU and a 13 megapixel camera, specs that are already the norm for late 2013 devices.

Hopefully the CPU will also be updated and won’t be an in house unit made by Huawei, although that would keep the price of the device down. No idea if this model will come with a stylus or not, but such accessories seem to be fading lately, with only Samsung staying true to the definition of a phablet. 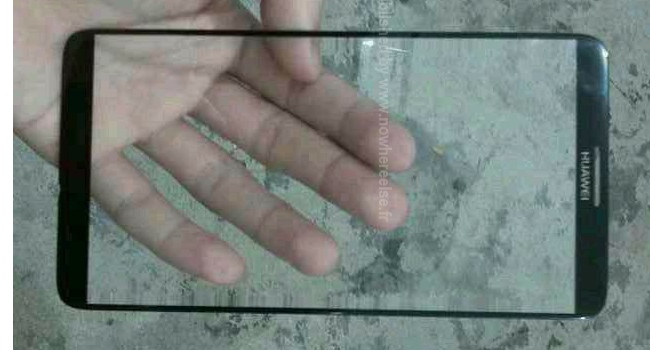 Xiaomi Preparing Android Tablet Ecosystem To Take on iPad, According to...