The HTC One Max phablet has leaked a lot lately, in a variety of pictures, specs and other details, but we had yet to see its camera UI till today. You can check it out below in the shots appeared on the web recently.

The device will keep most of the camera features of the HTC One and One Mini and in the other picture we can see that the device has already been rooted. The source of the leak is saying that the product integrates a fingerprint scanner, as rumored. The little square on the back of the phone, below the camera is the sensor we’re talking about. 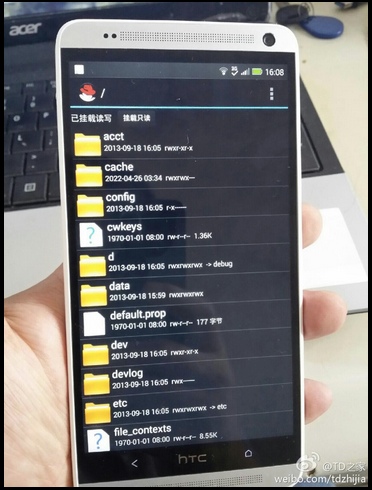 The leaker is also saying that the fingerprint recognition is working well and the recognition rate is high. Camera related functions include dual camera, Beauty Face, HDR and Panorama. The dual camera thing reminds us of the dual shot on Samsung’s Galaxy S4, that involves both the front and back camera, integrating the user into the picture.

One Max is expected to be announced in October.