HTC Flyer is not only coming to Sprint as the EVO View 4G, but also to T-Mobile , as shown by the following images, published by Pocketnow. This stylus-based device running Android 2.3 will reach the States soon and it will even get a Honeycomb update at some point.

As you might already know, the device comes with a single core 1.5GHz processor, a 7 inch display and the HTC Sense interface. The pricing is yet to be confirmed, although the WiFi-only version T-Mobile could go for around $500 – $600. Contract pricing will also be involved, when T-Mobile starts selling the device.

The competition will be pretty tough, with the LG G-Slate 3D tablet, price at $529 with a 2 year contract, also on T-Mobile. 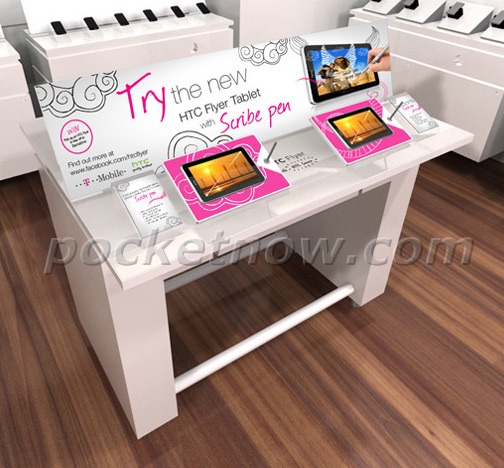