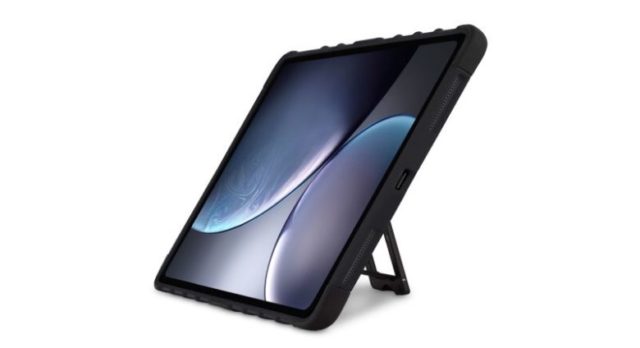 As you already know, today at 10 AM (New York time), Apple will hold a special press event where it will unveil new hardware products. We’ll have some new iPad Pro tablets, but also some refreshed Mac computers and as the title suggests, hours before the launch a leaked case renders for the iPad Pro confirms one interesting detail.

Well, the rumor according to which the new iPad Pro tablet gets a USB Type-C port instead of a Lightning one is true! As you can see from this picture, the connector is pretty visible and this change might let other 3rd party companies to develop some interesting accessories.

Also, this new connector will allow users to connect their iPad Pro to higher resolution external displays and to allow the tablet to charge in the same way that the setup works with a MacBook Pro device and an external monitor. As for the specs of the new iPad Pros, we’ll get here Face ID tech, up to 512 GB of storage and Apple A12X Bionic CPU.

You can stream the live show heading to apple.com on your iOS device, Mac, Apple TV or Windows PC starting at 10 AM (New York).