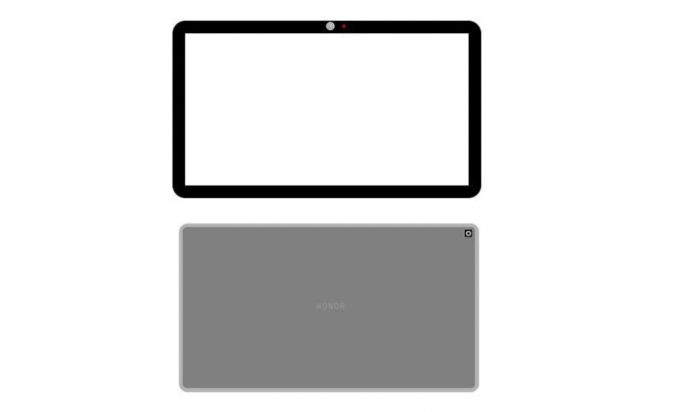 Honor is now no longer owned by Huawei and now it’s prepping its first tablet from the post-Huawei period. Since the sale they’ve launched a single device, the Honor V40 5G. Now it’s time for a bigger machine, one dubbed Honor Pad 7. The info comes from a blogger on Weibo, which is not exactly a sure source.

Honor already sells midrange tablets, like the Honor Pad models. The last one was the Honor Pad 6 announced in July 2020. The newcomer is obviously expected to be called Honor Pad 7, according to a Weibo poster. He claims that the slate will come this month with a design similar to the last year model, the Honor V6. No specs were mentioned, but it’s easy for us to speculate. All we know is that it’ll have Multi Screen Collaboration and we even have a mockup above.

Going by the predecessor, we could see a 10 inch LCD panel, with stylus support and a midrange HiSilicon Kirin 800 series CPU. Well, Honor is actually allowed to work with MediaTek or Qualcomm, so a Snapdragon 6xx or 7xx is also in the cards. I expect even a Snapdragon 765G, if you want 5G connectivity, or even Snapdragon 690 if Honor is feel cheapskate. Quad speakers would also be nice, plus a 5000 mAh+ battery, Magic UI 4.0 on top of Android 10 and probably a modest camera setup with a single 13 MP back camera.

An unibody metal case is expected too.