A recent Canalys report shows that this year we’ll see half a billion PCs shipped. The figures include desktops, laptops and tablets, with a 7% year on year growth and it appears that slates will be the driving factor of this growth. 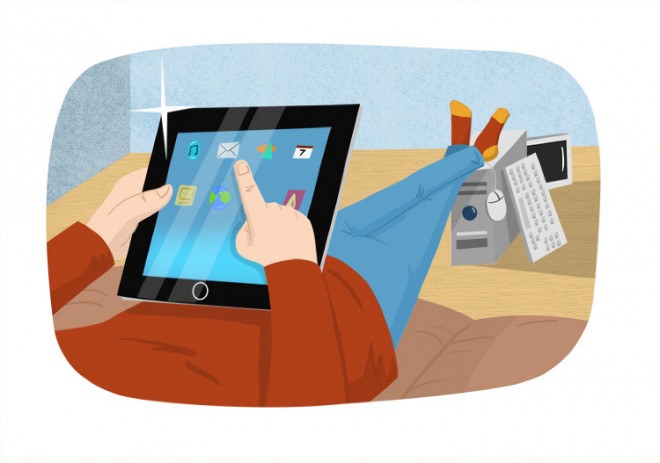 The tablets will stand for 37% of the market, up from 25% in 2012. Canalys expects that in 2017 the number will be 713.8 million PCs, with 64% of them being tablets and 25% notebooks. In the first quarter of the current year, the desktop market fell 10.3% and the notebook market also fell 13.1%. The tablet market managed to double in the same amount of time, with a 106.1% increase in shipments to 41.9 million units. There’s no trace of slowing down and the slates keep gaining ground.

Canalys forecasts that in 2013 tablet shipments will hit 182.5 million units, beating notebooks in the final quarter of the year. Windows 8 didn’t manage to push forward the PC segment, but there’s one more hope, since Windows 8.1 is planned as a free upgrade. The update will address some of the issues of Windows 8 and answer the feedback of the users. The big PC makers have started to become more active on the tablet market, including Acer, ASUS and HP, plus Lenovo.

I have to try and remember if anyone I know even tried to buy a desktop over the past year or so… how about you?