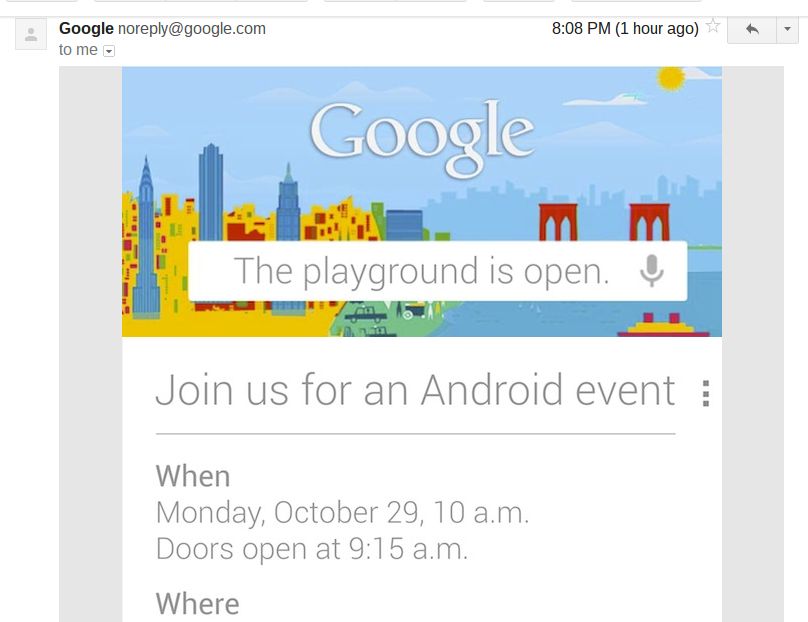 Google has just sent out a mysterious invitation to a media and press event on October 29th. This is an Android event, one that may debut Android 4.2, but also a few interesting devices. Seeing how the LG Nexus 4 already leaked online and even had a full review done, it wouldn’t surprise me to see it launched at the end of the month. However, a new Nexus tablet may also be in the cards. 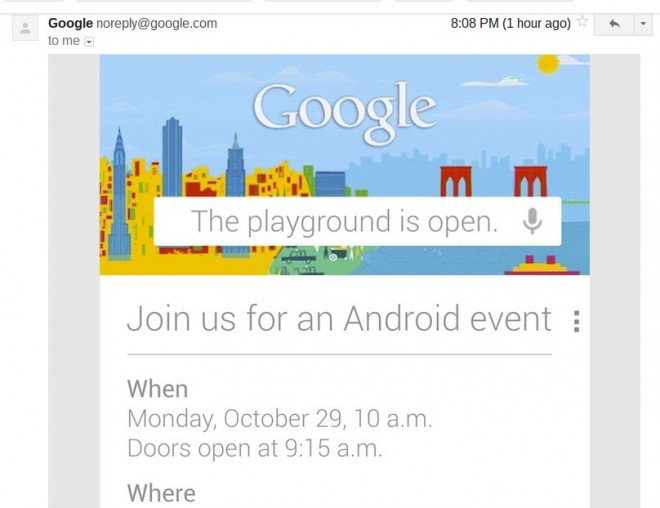 As you can see, the Google invitation says “The Playground is open”, which is exactly the motto of the Nexus 7, leading me to believe we may actually see a new Nexus device on the 29th. It may be a phone, or even more phones, since recently we’ve seen a Sony Nexus leaking and also some info about a Galaxy Nexus II and a HTC Nexus 5. Meanwhile, there have been rumors for the past month that we’ll soon see a $99 Google tablet and a 10 inch Nexus slate.

Best case scenario all of these devices will become reality in less than 2 weeks. Worst case scenario we only get the LG Nexus 4 and the Android 4.2 update, that will still be part of the Jelly Bean family. I wouldn’t mind seeing a $99 Nexus 7 slate, frankly speaking… or maybe the debut of the 3G 32 GB Nexus 7.